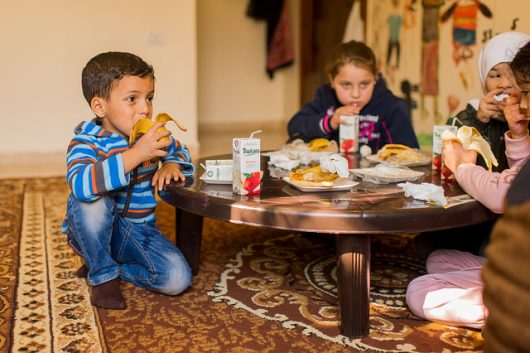 The children’s educational television program Sesame Street first aired in 1969. Since then it has expanded to more than 150 countries. The Sesame Workshop aims to create region-specific programs; last year the company introduced a puppet named “Zari” to its Afghanistan program to promote messages of female empowerment. The newest project, a collaboration with the International Rescue Committee (IRC), will create a Sesame Street program for refugees.

The Sesame Workshop and the IRC announced plans to create a holistic education program accessible to children in refugee camps. This Sesame Street program for refugees was recently named one of eight semifinalists for the MacArthur Foundation 100&Change grant, which would provide $100 million for the development and execution of the project.

This programming aims specifically at refugee children and families from Jordan, Syria, Lebanon and northern Iraq — all areas where children have been exposed to high levels of violence. These children are at risk for low levels of academic achievement, unemployment, depression and violence. They also have grown up in high-stress environments and deal with the emotional struggle that arises from displacement. The Sesame Street program for refugees aims to tackle not only educational learning but also focuses on continuing to build resiliency in children and reduce the mental and emotional damage arising from life as a refugee.

The Sesame Workshop does extensive research for show development. With the IRC, the company is seeking guidance and expertise from other relief organizations such as UNICEF and World Vision, academic advisors and leading trauma experts. The workshop is also planning visits to refugee camps in Jordan. These visits to refugee camps will consist of focus groups of Syrian refugees. Children and their parents will watch drafts of content, engage with Arabic versions of the Sesame Street puppets and provide feedback for the project.

The program will not only focus on the experiences of children but also their parents. The goal of the program is to engage children, parents and caregivers by providing learning opportunities that are rooted in the needs and experiences of refugees. The program will be available through a variety of networks, including schools, community centers, radio, the internet and health clinics.

More than 12 million children involuntarily fled their homes and native country due to violence and war, and this number is expected to continue rising. The Sesame Street program for refugees provides a powerful way to negate the long-term effects conflict has on this vulnerable population.