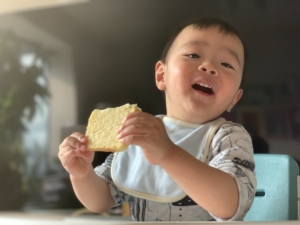 Russia and Ukraine are two of the largest grain producers in the world, combining to supply 30% of the world’s wheat and barley. A continuous flow of these goods is critical as the two countries account for over half of all wheat imports in 36 countries, according to the United States Institute of Peace (USIP). The Russia-Ukraine war put a stop to the export of these goods with Russia blocking Ukrainian ports since February. Fortunately, with the help of the United Nations and third-party countries, Russia and Ukraine were able to strike a deal allowing wheat and grain exports to leave the Ukrainian port in Odesa. The Russia-Ukraine wheat agreement went into effect on Monday, August 1, 2022.

Port blockages posed a clear threat to food supply lines around the world, specifically in the Horn of Africa. Because wheat was unavailable from Russia and Ukraine, countries had to pay more for shipping from further away countries. Additionally, any vessels traveling through the black sea were in imminent danger, resulting in higher insurance premiums and an overall increase in food costs.

The situation was untenable, with it being an estimated 47 million people face acute hunger, USIP reports.

Fortunately, with the help of the United Nations and third-party countries, Russia and Ukraine were able to strike a deal allowing wheat and grain exports to leave the Ukrainian port in Odesa. The Russo-Ukrainian wheat agreement went into effect on Monday, August 1, 2022.

Two countries concluded the agreement last month, after two months of negotiation. United Nations and Turkey brokered the talks, with both Russia and Ukraine taking a seat at the table. The Russia-Ukraine wheat agreement should last 120 days, however, there’s an option to renew it indefinitely if both countries agree, according to BBC.

The reason for the nearly month-long delay between agreement and enaction of this deal comes from the difficult logistics that had to be ironed out. Ukrainian military mined the waters in Odesa to prevent Russian ships from entering. As a result, this makes travel by cargo ship incredibly difficult.

The Ukrainian military worked to finalize a route through the black sea suitable for cargo ships and devoid of mines. Second, all cargo ships entering and exiting Ukraine will go through inspection for weapons, upon Russia’s request. This inspection will happen at the Joint Coordination Center in Turkey, according to BBC.

Now that the agreement has gone into effect, Ukrainian officials announced that there are 17 ships carrying 600,000 tonnes of cargo waiting for inspection, BBC reports.

As mentioned before, Russia had concerns over weapons being smuggled into Ukraine. To alleviate these concerns Ukraine agreed to mandatory inspections of all ships, which Turkey, as a third party, will conduct.

The Russo-Ukrainian Wheat Agreement is a major first step in building relationships and restoring food supply lines. However, there are still some concerns. First, there are concerns that Russia may not have agreed to this deal in good faith. Less than 24 hours after the deal was agreed to, Russia launched two missile strikes on Odesa port.

There are worries that Russia may continue to disrupt shipments through military action. Second, even with guidance from the Ukrainian navy, sea mines still pose a significant threat to cargo ships in the water. As a result, insurance premiums for vessels hoping to transport grain under this agreement will remain incredibly high and continue to put upwards pressure on the cost of food.