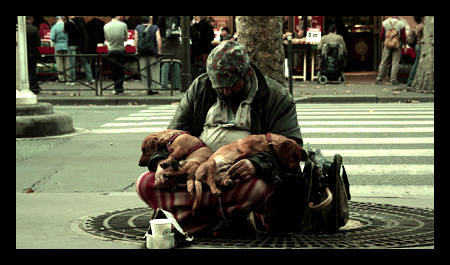 More than just the illustrious Eiffel Tower looms over France. The land of crepes and Albert Camus is also the land of prevailing poverty. At 40 percent of the average standard of living, two million French residents sustain themselves with 645 euros, or $873.85 per month after accounting for social benefits. For individuals who make less than 977 euros, the minimum living income in France, it is difficult to accommodate daily needs.

Furthermore, 3.6 million French residents rely on some form of social assistance to varying degrees. Approximately 1.4 million recipients of social assistance report aid from the Revenu de Solidarité Active (RSA,) a French social welfare program in which an eligible individual receive, as of January 2014, receives a maximum allocation of 499.31 euros, or $676.47 per month.

Additionally, 3.5 million residents report relying on food aid, such as food packages, vouchers, and charity meals, according to the National Council of Food. Over a third of the individuals who rely on food aid receive assistance through the Secours Populaire, a non-profit French organization that aims to mitigate poverty in France and poverty in the world.

The Secours Populaire typically lends aid through the form of emergency food, clothing, and shelter. However, 1.8 million individuals (these individuals may overlap with the previously-stated 3.5 million who rely on food aid) report being unable to have a full meal at least once a day at some point within the past two weeks.

According to the French food-aid charity Secours Catholique, 31 percent of its aid recipients are single mothers, even though single mothers only comprise eight percent of households in France. However, in the past, single men and single mothers made up the majority of France’s poor, but due to global economic crises, France has seen an increase in the number of poor families.

Although poverty has declined in France since the 1990’s, a substantial amount of the French population remains economically stagnated, relying on social welfare and housing assistance. In one of the wealthiest countries in the world, it is appalling how such a disproportionate amount of the population struggles to make an adequate income.