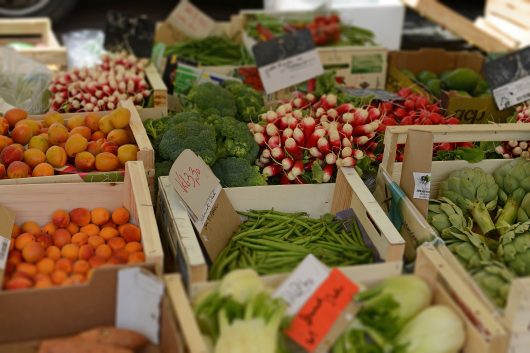 France is known for having a high standard of living and a population with richly diverse roots. However, despite the many major developments that have improved the country, hunger in France is an ever-constant concern for the citizens and its political leaders.

The most predominant areas of poverty in France are accounted in Seine-Saint-Denis within the Greater Paris region. Despite these numbers, governmental officials and citizens are making tremendous strides to reduce hunger in France.

In 2004, efforts from the Association Francaise pour la FAO (AFFAO) formed the French Alliance Against Hunger in order to pull resources from humanitarian institutions, trade unions, political organizations, local groups, private sectors and agricultural and environmental associations in order to combat hunger in France and in the rest of the world.

A further commitment to end hunger in France has been made by government leaders in partnership with the United Nations. In 2015, France was one of the countries that vigorously supported the 2030 Agenda for Sustainable Development to end extreme poverty, hunger and inequalities while protecting the overall integrity of the environment.

Effective cooperation between French leaders and French citizens has also been crucial in reducing hunger in France. French Municipal Councilor in Courbevoie, Arash Derambarsh and other officials have made incredible efforts to reduce hunger in France by limiting the amount of food wasted in the county which totals 8 million tons a year.

This law went into effect as of July 2016 and so far has received positive acclaim from French citizens and the global community.

Supermarkets that are larger than 4,305 feet are now required by French law to sign formal documents with charities to ensure that they will donate any leftover food. Large supermarkets that do not sign these agreements face fines in excess of $83,000.

Furthermore, this legislation not only requires spoiled food to be used in composts of animal feed but also protects against food bleaching. Food bleaching is a practice by supermarkets to deter people from eating the food that they throw away in dumpsters.

As a result of French governmental action to reduce hunger in France, many individuals hope that these initiatives will inspire other nations to adopt similar policies.