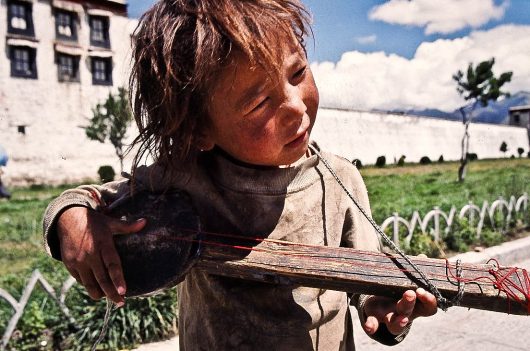 By the year 2020, according to most financial and political analysts, China will surpass the U.S. as the largest economy on the planet. The World Bank even reported that China opening itself to free-market reforms in the last few decades managed to raise more than 800 million people out of poverty in China.

In addition to this positive news, the financial institutions also added the reassuring fact that thanks to this unprecedented growth rate, the Chinese economy improved the living standards for a massive percentage of its population. A closer look at the data reveals how in 1981, 88.3 percent of China’s population lived on less than $1.90 a day (roughly 870 million people), and 99.1 percent lived on less than $3.10 a day (over 980 million people).

The last reported year for which the World Bank gathered official data is 2010, and the results are staggering — only 11.2 percent (almost 150 million people) lived in poverty in China in 2010. The overall prospect, then, seems quite promising; however, there are some further considerations of note in regard to this set of data.

Taking into account China’s enormous social and economical strides since the Communist Party took power, one can see that there is a massive divide in income between rural and urban areas.

More specifically, in 1978 only 23 percent of the population was employed in urban areas; by 2014, over 770 million Chinese citizens were urban workers. Such figures acknowledge the significant improvement in the urbanization process, while also concealing the fact that the rest of population still lives and works in rural areas.

Those families are largely stuck in the same economic and social distress they were before the Communist revolution and unfortunately, haven’t made significant steps forward. Other statistics reveal how China’s per capita GDP, for example, is still very much below the standards of a developed country. It ranked, in fact, at $6,894.50 in 2016, which is 55 percent below the world’s average.

How can a country whose GDP grows at an annual rate of 6.9 percent still have children begging on the streets and families living on less than $2 a day? While it’s hard to provide a definite answer, a few considerations are worth bringing forth about the Chinese political system.

The country is still ruled by a one-party system which owns and controls the vast majority of enterprises and sectors of the economy. Private property is still very weakly protected and the judicial system is dominated by the Communist Party that arbitrarily appoints judges and influences court operations and verdicts.

Moreover, the regulatory framework is also arbitrary and very intricate — details that make it difficult for a private enterprise to blossom and grow. Corruption is also a massive issue which, when paired with the state-controlled financial system and state-owned enterprises, highly depresses foreign investments and contributes to enriching the economic elite and maintaining poverty in China.

China has made improvements in its poverty alleviation efforts, but there is clearly still room for improvement. Only time will tell how the nation keeps up with its progress.

April 10, 2018
https://borgenproject.org/wp-content/uploads/The_Borgen_Project_Logo_small.jpg 0 0 Borgen Project https://borgenproject.org/wp-content/uploads/The_Borgen_Project_Logo_small.jpg Borgen Project2018-04-10 01:30:352019-11-10 10:25:36Why Poverty In China is Still a Problem and Methods Towards Alleviation