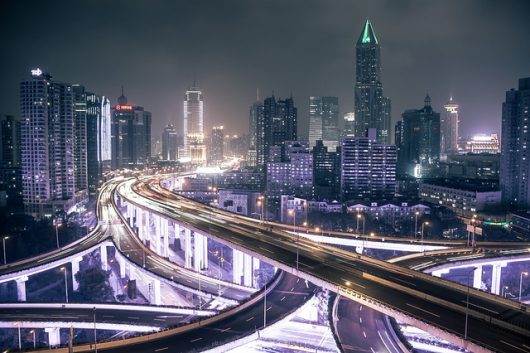 Over 68 million people have benefited since 2013 when President Xi Jinping vowed to eradicate poverty in China by 2020. This ambitious goal, if realized, will markedly reduce inequality, leading to greater job creation and sustainable development. The realization of this goal has already had a meaningful impact on social, economic and political levels.

The government has increased funding for poverty reduction, both on national and local levels. Financial institutions have enhanced contributions to increase loans and provide assistance to local projects. By creating strict benchmarks and targets for local institutions, the government has created a means of measuring goals and ensuring wise investments.

The clearly defined goals include investing in food security, education, health and housing, especially in rural areas. Providing easily accessible public services is also a useful way to achieve economic equality. By registering the poor on a national database, the government is able to effectively monitor and implement domestic strategies. This registration system also allows for a more targeted approach.

Through investments in rural infrastructure, agriculture and subsidies, the government is attempting to empower those living in the poorer parts of the nation. Welfare programs especially target the socioeconomically marginalized by using public expenditure to serve them. By making individuals and households the target of welfare schemes, rather than entire villages, the government is aiming to reach out to those who suffer the greatest deprivation and lack of opportunity.

Loans, subsidies and higher wages are economic means by which China plans to create opportunities for local businesses and self-employed individuals. Larger enterprises are also encouraged to invest in smaller businesses and development projects- this will work alongside poverty relief funds granted to farmers.

The Belt Road Initiative is a project that enhances infrastructure connectivity among different countries and continents.

Investing in such infrastructure will, in fact, impact global poverty worldwide. The establishment of the BRICS Development Bank, the Silk Road Fund and the Asian Infrastructure Investment Bank, will benefit the rest of the Global South.

The poverty reduction strategies in China also include the promotion of industrialization and urbanization, which provides poor areas with infrastructures such as roads, electricity and communication technology. Furthermore, China wants to develop tourism in rural areas in order to raise wages and create jobs.

Results of The Poverty Reduction Strategy

China has made great progress in working towards the U.N. 2030 Agenda for Sustainable Development by contributing to over 70 percent of poverty reduced around the world. According to the United Nations Development Program (UNDP), China has made great leaps in reducing poverty and reaching the benchmarks laid out in the Sustainable Development Goals (SDGs), lifting more than 500 million of its citizens out of extreme poverty over the last three decades.

Initiatives that allow rural residents to participate in e-commerce for next to no fees are set up to ensure the expansion of businesses and create a more favorable environment for investment. Companies such as Alibaba are also collaborating with the government and the U.N. to provide rural entrepreneurs with a platform to sell their goods online throughout the nation.

China has also launched an anti-corruption campaign that includes removing officials accused of bribery and political interference. By including a broadened definition of bribery and creating a regulatory body to investigate cases, the government has created more stringent systems for detecting and dealing with corruption. The government has rigorously enforced the laws, however, there are concerns about selective enforcement and political motivations guiding the actions.

China’s targeted poverty alleviation strategy has been largely successful thus far. However, it remains to be seen how China will be able to create a sustainable long-term approach to uplifting its citizens. It is necessary to, alongside strategies to enhance economic empowerment, implement measures to establish democratic institutions. The poverty reduction strategies in China are comprehensive and if implemented effectively will allow for the growth of the economy as well as the increase in living standard.

Empty Stomachs to Hopeful Hearts: 10 Facts About Hunger in the USHistory of Ebola in Guinea
Scroll to top