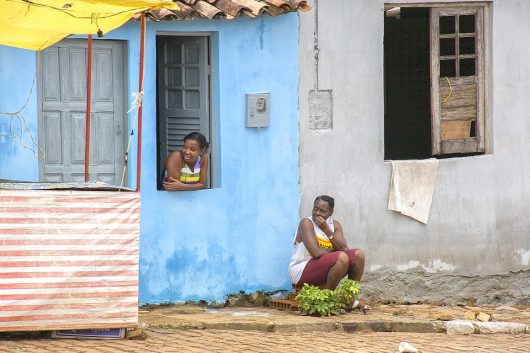 In rural areas, the figure rises to two-thirds. Seventy-five percent of rural people struggle to meet basic food needs. Income from traditional exports, agriculture and textiles is in the control of a few of the most powerful and richest.

Despite considerable advancements in wealth distribution, vast inequalities still exist. According to a report by the International Fund for Agricultural Development (IFAD), “The poorest 20% of the population receive only 3% of all income; the wealthiest 20% receive 60%.”

The farms generally belong to the wealthy; the poor work on them. Small farmers often work deteriorating plots that produce low yields. This leads to food insecurity, hunger and the need for other wage-producing work.

Rural poverty in Central America is widespread, but percentages differ within separate countries.

Honduras is the worst affected: 75% of the country’s rural population lives in poverty and 63% live in extreme poverty.

Guatemala is next: 54% of its rural population lives in poverty.

Nicaragua and El Salvador both have 47% of their rural population living in poverty.

Panama has 37% and Costa Rica has 23% of rural poverty rates.

Indigenous populations have the highest rates of poverty in Central America. They also have the lowest income and lack access to much-needed services. Some of these include housing, schools and healthcare.

Agriculture is a major employer of the rural poor, providing jobs for more than 30%. As a result, IFAD believes that agriculture could be used to help ease poverty in Central America. The area is a major producer of the world’s bananas, coffee, maize and sugar.

IFAD reports, however, that the area is “highly vulnerable” to the world market. It is also vulnerable to other factors it has no power over, such as climate change and natural disasters.

The United Nations Development Programme (UNDP) announced in June that there has been much progress in reducing poverty in Central America. Despite these advancements, the area still desperately needs more social services.

UNDP called on the governments of the area to invest in “better employment opportunities, in financial systems that prevent over-indebtedness and reducing gender gaps.”

In a press release on June 16, 2016, UNDP stressed that “The main threat to progress in Latin America and the Caribbean is the relapse of millions of families back into poverty.”

The poor and those who are not considered living in poverty but who are not cushioned from external forces need four important elements to keep them from falling back into poverty: public security systems, healthcare systems, economic assets and job skills.