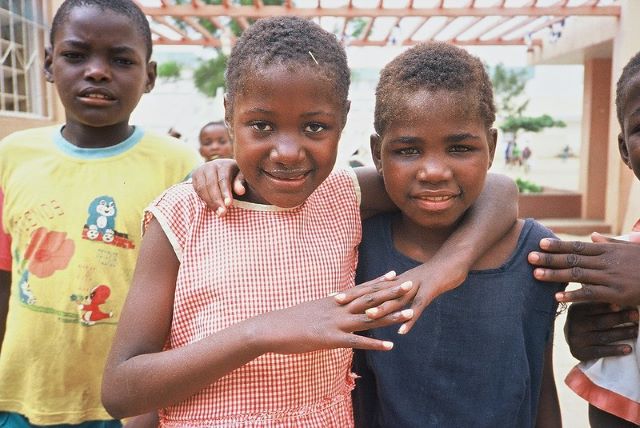 A whole 54% of Angola’s population of 30 million are multidimensionally poor or suffering from multiple deprivations in four categories: health, education, quality of life and employment. Angolan children under the age of 10 experience even more pronounced poverty and 90% of rural Angolan populations are multidimensionally poor. The overall poverty rate is 41% and the rural poverty rate at 57% is nearly double that of urban areas. Poverty in Angola is a significant issue especially within the context of the rural-urban divide.

In rural areas, Angolans are less likely to be employed and those who do work are mostly in subsistence agriculture. They also have fewer assets and cannot afford “luxuries” like attending school. Additionally, people in rural areas are more likely to be sick or to die early than those in urban settings.

In urban areas, 44% of households are employed and the majority of the rest are involved in informal economic roles like craftsmen, street vendors or informal shop owners. Despite access to employment, labor conditions are poor and incomes fluctuate. This means that people in rural areas are overall more destitute but they actually have a more predictable situation and at least have access to enough basic food and water to survive, while those in urban settings can experience periods of serious shortages.

Overall, poverty in Angola is multifaceted. In rural areas, it is materially severe but there are stronger safety nets in the form of access to land and agriculture. Urban poverty is less materially severe, with better access to employment and social goods, but people are more vulnerable to sudden shocks. The issue is not that only rural Angolans suffer from poverty but that the country at large is suffering and in need of a comprehensive plan to address all the different aspects of poverty in Angola.

World Vision has operated in Angola since 1989 to aid sustainable development in vulnerable areas, focusing on child protection, land ownership and health services. Overall, it has increased access to clean water for more than 50,000 Angolans and improved the health status of more than 1.5 million Angolan children and 25,000 Angolan mothers in rural areas, through increased access to health care and health education. World Vision helps approximately one million Angolans each year through its efforts at improving access to water and sanitation, strengthening civil society and social protection systems, improving educational access and aiding economic development through land ownership.

Larger NGOs like UNICEF have also addressed poverty in Angola. It has identified millions of people in need, especially children, and has looked to gather $15.8 million in funding to provide humanitarian assistance in the face of recent food insecurity, drought, malnutrition, economic insecurity, education issues and health crises in Angola. The organization’s goals for 2020 included screening almost 400,000 children for malnutrition, providing 150,000 children polio vaccines and providing access to primary education to 25,000 affected children. UNICEF is utilizing partnerships with Angolan government ministries, civil departments and national and international NGOs to accomplish these main goals and others, including hygiene education, increasing overall healthcare aid as well as protecting women and children.

Poverty has struck millions of people in Angola and it affects rural and urban Angolans in different ways. Despite the complexity of poverty in Angola, organizations like UNICEF and World Vision have stepped up to alleviate the pressure on Angolan families and children. While the crisis is far from solved, efforts like these provide hope for people in Angola in the face of global and regional disasters like the COVID-19 pandemic, prolonged drought and low crop yields.

Sentebale: Addressing HIV in Southern AfricaThe Youngest Country is Also One of the Poorest
Scroll to top