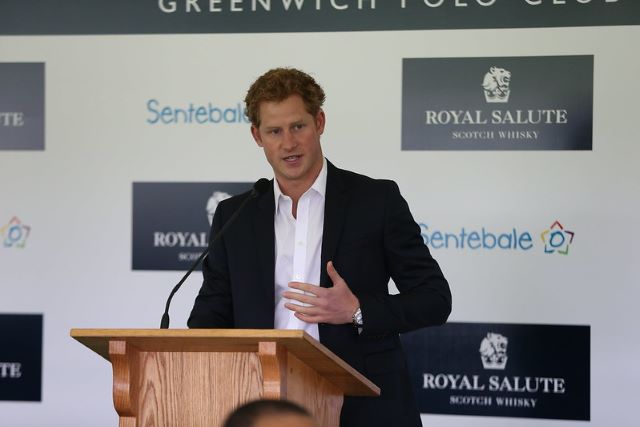 In 2006, the Duke of Sussex partnered with Prince Seeiso of Lesotho to form Sentebale, a charity focused on providing psychosocial support for children and young adults living with HIV in southern Africa. It partners with grassroots organizations in Botswana, Lesotho and Malawi and works to improve adherence to HIV medication programs.

“We teach them that this human immunodeficiency virus does not have to be a death sentence for anyone anymore, that the real enemy we are fighting is stigma and the antiquated attitudes that work against young people coming forward when wanting to take an HIV test,” said Prince Harry in a speech during a dinner for Sentebale in January 2020.

The name Sentebale was chosen by Prince Harry and Prince Seeiso. It means “forget me not” in Sesotho, which is Lesotho’s official language. Princess Diana, Prince Harry’s late mother, and Queen ‘Mamohato, Prince Seeiso’s late mother, were both previously involved in work with children who had been affected by HIV/AIDS. The mission of Sentebale is to become the leading organization for psychosocial support for young people and children with HIV in southern Africa.

In recent years, Sentebale has found that social accountability and peer-to-peer support were central tools to bolstering its mission. In March 2017, Sentebale launched the Let Youth Lead program. The program’s objectives are to eventually have all young people in southern Africa know their HIV status, provide and promote peer-to-peer support and help young people to advocate for themselves at the government level. Another goal of the program is to empower these young advocates with the tools to assist their peers and have their voices heard.

“I volunteered because I wanted to help people. I don’t see this as work, I just want to transform people’s lives,” said Pheto Kutmela, a Sentebale Let Youth Lead advocate. Kutmela has been volunteering in Ha Makunyapane, Thaba-Tseka district, where he lives.

These youth advocates have been able to facilitate community dialogues in 30 community councils, where they are able to discuss challenges they have been facing and suggest improvements for going forward. It can typically be difficult for young people to have their voices heard at the governmental level and this program helps create a platform for them to do so, by giving them the tools to engage with policy leaders and address education and health services.

Sentebale has overseen some transformative improvements in the HIV/AIDS epidemic over the past several years. In Botswana, HIV/AIDS infected less than 500 children under the age of 14 in 2018 and more than 95% of pregnant women living with HIV were receiving treatment.

Sentabale is in the process of developing a five-year strategy for the organization. In January 2020, it hosted an “initial workshop” to hear the voices of young people and children so that it can shape the organization’s future vision around their feedback. Looking forward to 2021, with a few adaptations in light of the COVID-19 pandemic, Sentebale will continue to prioritize its commitment toward empowering youth who HIV in southern Africa has affected.

Pakistan and India: The Battle for Rice Exports Multifaceted Poverty in Angola
Scroll to top