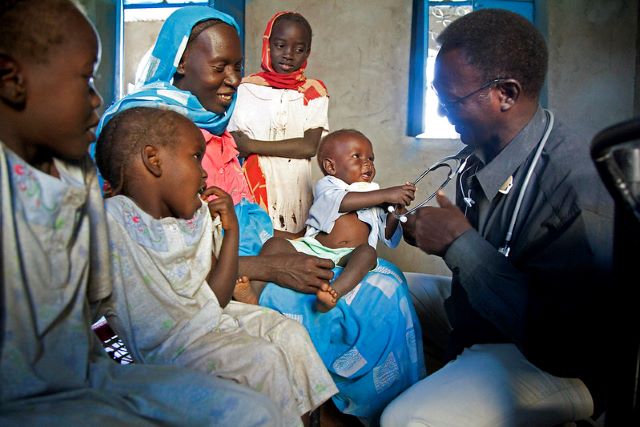 With its formal recognition as a country in 2011, South Sudan stands as the youngest country on Earth. With a population of more than 10 million people, all eyes are focused on how the country will develop. Born out of civil war and gruesome conflict, the first nine years of South Sudan’s existence have presented numerous humanitarian issues. Widespread hunger, unsanitized water, crumbling infrastructure and underfunded education plague the youngest country in the world. If the new nation wants to grow into a fruitful nation, it must address the widespread poverty and the issues that come along with it.

South Sudan is the world’s newest country. Neighboring Sudan had previously controlled the land and lives of those dwelling there but a public referendum ended that reign in 2011. Quickly, South Sudan looked to become legitimate and joined both the United Nations and the African Union within days. Violence from militia-led uprisings broke out all across the region as many saw the emergence of a new nation as an opportunity to gain power. Additionally, South Sudan harbors much of Sudan’s oil rigs, thus controlling a majority of the economic opportunities in the area.

With few resources present, controlling the oil fields presented a strategic advantage. In 2013, tensions boiled over into a full civil war that claimed the lives of tens of thousands of Sudanese and internally displaced 4 million people. The violence related to this issue did not end until 2018, more than five years after the conflict broke out.

The Situation in South Sudan

The South Sudan civil war damaged an already weakened system and has created one of the worst poverty situations. Currently, 82% of those residing in the youngest country in the world live under the poverty line. Due to recent poor harvests, Oxfam estimates that more than 7 million South Sudanese people are in danger of starvation. With an economy almost entirely dependent on crude oil exports, financial stability is nonexistent. The World Bank reports that while South Sudan experienced a GDP growth of 3.2% in 2019, due to the global pandemic, its GDP will shrink 4.3% after 2020, losing more than gained in the previous year. With one-third of the nation displaced due to the civil war, more than half of the country struggling to eat and a nationally shrinking economy, South Sudan is in danger of becoming a region defined by immense poverty.

With how dire the situation is in South Sudan, leading humanitarian relief agencies have made the youngest country in the world their top priority. Action Against Hunger helped feed over 500,000 South Sudanese in 2019 alone. With more than 300 team members present in the country, Action Against Hunger is extending its reach every year until the Sudanese can once again retain sustainable harvests.

To help keep the children of South Sudan in school, USAID has created special funding just for education. Since the civil war broke out, USAID has actively helped more than half a million students receive schooling desperately needed to break the poverty cycle. To help bring power and electricity to South Sudan, the African Development Bank stepped up to make it happen. Nearly 99% of people in South Sudan live without electricity. The African Development Bank’s power grid project recently received a $14.6 million loan to help get it started.

The Road Ahead for South Sudan

As the new country of South Sudan looks to gain international recognition and support, it must first prioritize the dire humanitarian crises at home. With the work of Action Against Hunger, USAID and the African Development Bank, hope is on the horizon for the youngest country in the world.