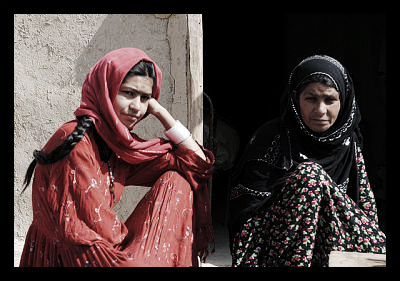 According to the United Nations Department of Defense and Crime, the definition of trafficking in persons’ means “the recruitment, transportation, transfer, harbouring or receipt of persons, by means of threat or use of force or other forms of coercion, of abduction, of fraud, of deception, of the abuse of power or of a position of vulnerability or of the giving or receiving of payments or benefits to achieve the consent of a person having control over another person, for the purpose of exploitation. Exploitation shall include, at a minimum, the exploitation of the prostitution of others or other forms of sexual exploitation, forced labour or services, slavery or practices similar to slavery, servitude or the removal of organs.”

Poverty is a compelling factor in the human trafficking industry.

Human Trafficking occurs in every single country on the globe. It is a global epidemic driven by poverty. The most common countries to which victims are exported are in Western Europe, Western Africa, Asia, Arab Nations and North America. The highest destination countries are Belgium, Germany, Greece, Israel, Italy, Japan, Netherlands, Thailand, Turkey and the U.S. The main countries of origin of victims are Africa, Asia, Central and Eastern European countries, former Eastern bloc and Soviet Union countries, Latin America and the Caribbean. The most prevalent among the main countries are Albania, Belarus, Bulgaria, China, Lithuania, Nigeria, Republic of Moldova, Romania, Russian Federation, Thailand and Ukraine, each with large populations affected by extreme poverty.

Wealth versus poverty is an indicator of migration and trafficked catalysts. Potential victims attempt to move from areas with extreme poverty to areas with less extreme poverty. In these instances, it is the desire of potential victims to migrate to escape poverty that is exploited by traffickers. Control and threatening measures tend to increase once migration occurs for the victims.

Those populations experiencing extreme poverty are especially vulnerable due to their circumstances and familial desperation. These high risk populations become trapped in the desire obtain a better life for themselves and their families. The poor are subsequently preyed upon by manipulative traffickers offering false promises of employment and education opportunities, remuneration in addition to a better life condition. In reality, the trafficker does not follow through on any of the promises. The victims are then forced to do other work—like prostitution or hard labor—receiving little or no pay, resulting in them still living essentially in extreme poverty.

Those suffering from poverty are purposely targeted by traffickers as a means of exploitation. Due to poverty, some parents sell their children. In some instances, victims are told to work to pay off debts and told repercussions include violence, police involvement or immigration. Some victims are sold to many different traffickers. There are two types of labor the victims who are trafficked are subjected to, forced labor or prostitution. Over 32 billion dollars is made annually from human trafficking.

Less than 40 billion dollars can end global poverty. Supporting the Food and Peace Reform Act in order to allow USAID funds to provide support for non-emergency assistance for foreign countries will impact the extreme poverty that leads victims into human trafficking. Combating hunger and food crises can provide a means to assist those facing extreme hunger while not disrupting their agricultural products or local economy. The Act does not interfere with the domestic production in the countries and is proactive means to help to end extreme poverty and hunger to prevent vulnerability to trafficking.

What is the Function of the 150 Account?Empowered Women Can End Poverty
Scroll to top