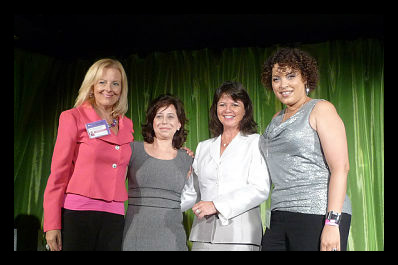 For years, women have been faced with the challenges of discrimination and inequality all across the world. Taking up 50 percent of the population, their representation in many fields has been far less than equal. While women continue to be oppressed, they hold great power in the potential to influence the end of global poverty. From brutal attacks to income inequality, there is a broad range in which women’s rights can be improved, not only for financial reasons but humanitarian as well.

Millenium Development Goals have made gender equality and women empowerment the third top priority in ending world poverty. They also include improving maternal health in their MDG as number five. One of their focuses in improving gender equality is through education. “In many countries, gender inequality persists and women continue to face discrimination in access to education, work and economic assets, and participation in government,” according to the U.N.

Through their efforts, the MDGs have successfully achieved equality between boys and girls in primary education. However, the fight continues to end discrimination across the globe.

The World Bank Organization has made gender equality the top priority in their plan to end world poverty. They stress that if girls are educated and healthy, then they have a chance to become influential leaders in their countries. Yet, in many countries women continue to make less than their male counterparts. Since many women are a directly involved with much of the worlds agriculture, The World Bank mentions the impact women can have with improving hunger.

“It is estimated … that if women worldwide had equal access to productive resources, 100-150 million fewer people would go hungry every day,” says The World Bank.

Although women deserve to be educated and paid more, the most important right they need is security. Across the world women face the danger of being kidnapped and sold into human trafficking, or experience brutal sexual assault. They are forced into marriages and discriminated against and therefore are un-cared for. According to the World Health Organization, “35 percent of women worldwide have experienced either intimate partner violence or non-partner sexual violence in their lifetime.”

Everyday women are limited to housework and reproduction. If they had the chance to be seen as equal they would be empowered to chase the dreams they have always been held back from. Therefore, making half of the population into entrepreneurs, scientists, and educated women who can help make a difference in the world. By oppressing women the world is oppressing itself from its full potential.