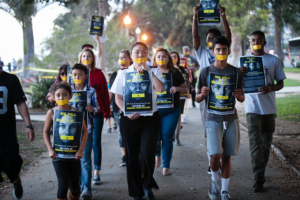 Characterized by low costs and high returns, human trafficking is an extremely lucrative enterprise. Harvard’s Siddharth Kara discovered that the cost of today’s slaves is, on average, $420 and modern slaves can generate more than 500 percent in annual return on investment. In comparison, the cost of slaves in 1850, after adjusting for inflation, was between $9,500 and $11,000. During the time, the return on investment from a slave was significantly lower, around 15 to 20 percent in annual return on investment. Furthermore, traffickers face low risks, although more governments around the world are actively penalizing human traffickers, and have a steady stream of vulnerable people to exploit.

Many times, poor families will give their children away to traffickers posing as agents promising their children better lives. Refugee camps are prime locations for this kind of exploitation. Where displaced people lack many forms of proper care, shrewd traffickers build relationships with corrupt officials and freely prey on the weak.

In a more recent example, migrants who cross the Sahara to escape war and terrorism are often captured by traffickers in northern parts of Africa. The International Organization for Migration reported that many of these migrants are falsely promised jobs and then are sold publicly in Libyan slave markets. Many do not make it to Europe.

Human trafficking can happen anywhere, as long as the environment contains vulnerable conditions. The New York Times estimates that one-fifth of homeless youth are victims of human trafficking in the U.S. and Canada. In West Africa, traffickers pose as teachers and enslave optimistic students to become beggars. In 2015, the Associated Press discovered that young migrants and impoverished Thais were forced to catch seafood that later ended up in the world’s seafood supply, including on the shelves of America’s major retailers and supermarkets. Thai agents recruited children and the disabled, some of the most marginalized and vulnerable groups in the world.

Today, many countries are collaborating together to reduce the causes of human trafficking. The U.S. State Department Trafficking-in-Persons Report is the world’s most comprehensive resource on anti-trafficking efforts, including 188 countries and territories. Countries that fail to meet the report’s minimum requirements fall to tier three status, which can result in sanctions on the country. In 2016, Thailand was recognized for making significant strides in eliminating human trafficking.

Locally, ordinary people and nonprofits are continually impacting their communities. Nonprofits, such as Mango House in Chiang Mai, Thailand or FOREFRONT in India, continue to address these structural issues that breed vulnerability.