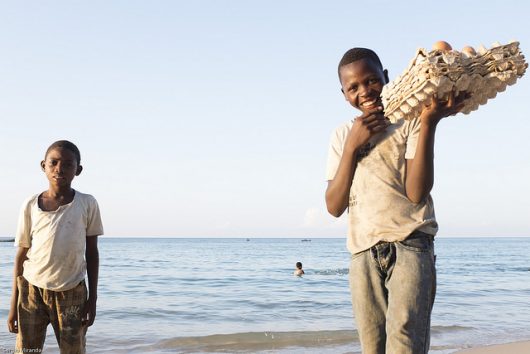 Mozambique is one of the poorest countries on a global scale. The government estimates that 54 percent of its population lives below the poverty line. Hunger in Mozambique is widespread, as 80 percent of the population cannot afford enough food for good health and 24 percent are chronically food insecure. At least 25 percent of Mozambicans are malnourished, due in part, to poor crop diversity. Almost half of children under age five are malnourished, and 42 percent have stunted growth.

Feed the Future, an initiative funded by USAID is working to reduce hunger in Mozambique. The USAID website notes that Mozambique also has geographical advantages and great potential to increase agriculture while reducing food insecurity. The country is a coastal country, making it ideal for growing food and supplying landlocked African countries. Furthermore, only 17 percent of the suitable land is being used for farming.

The Feed the Future Initiative is taking advantage of this potential. Research is underway to improve agriculture. More nutritious and resilient crop varieties are being developed, as are plants which produce higher yields. Ideal fertilizers are being used along with better farming practices to improve soil quality.

Of the 15 countries in Southern Africa, Mozambique is the second largest exporter of food. As such, better farming practices can allow the citizens of Mozambique to rise out of poverty. Crop production is impaired by changes in climate. Yet, if Mozambique can overcome this obstacle, it can help reduce famine throughout Southern Africa. The outlook is good. Mozambique cut hunger in half between 1997 and 2015.

If the Feed the Future Initiative and other organizations can end hunger in Mozambique, then it can possibly end hunger in Southern Africa.