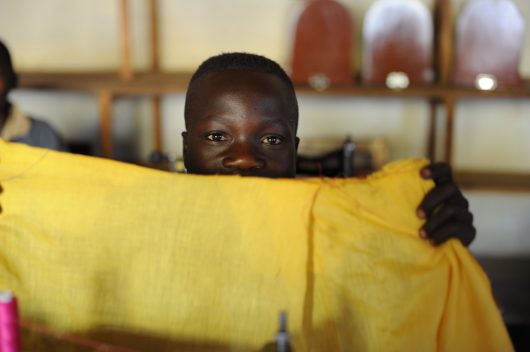 Known as the Slave Coast when it was part of the Portuguese Empire, Guinea-Bissau is one of the poorest countries in the world, ranking 178th out of 188 countries in the Human Development Index, which encompasses life expectancy, education and income. While the rate of infectious diseases has decreased recently, current life expectancy in Guinea-Bissau is still only about 55 years for men and about 56 years for women. Here are the top diseases in Guinea-Bissau.

According to UNICEF, almost four percent of the adult population of Guinea-Bissau lives with HIV. Because of its prevalence, HIV/AIDS accounts for over 12 percent of deaths in the country, making it the second leading cause of death and one of the top diseases in Guinea-Bissau. By partnering with research institutions such as the Aarhus University in Denmark, the World Health Organization (WHO) introduced antiretroviral therapy to treat patients with HIV. This treatment has saved thousands of lives and advanced the quality of clinical treatment across the country. At the same time, health officials are spreading awareness about methods of prevention, hoping to lower the prevalence of the disease among the population.

The leading cause of death in Guinea-Bissau, influenza and pneumonia account for more than 13 percent of total fatalities. Although Guinea-Bissau suffers greatly from the diseases, improved health infrastructure and wider distribution of vaccines could significantly reduce their negative effects. By partnering with international organizations like the WHO, Guinea-Bissau can make important strides in eliminating these diseases.

Transmitted through the bite of an infected mosquito, malaria is another major killer in Guinea-Bissau. According to the WHO, malaria accounted for almost nine percent of total deaths in the country. Unfortunately, it is extremely prevalent among children under the age of five, although only about half of the infected children are treated with anti-malarial drugs. In addition to using preventative measures, such as sleeping under a mosquito net, improving health facilities will allow for better treatment of one of the top diseases in Guinea-Bissau.

These combined efforts will continue to aid in making the much needed improvements to health in Guinea-Bissau.