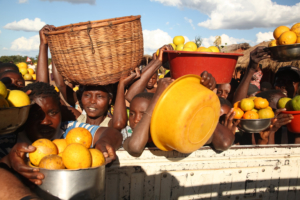 Mozambique is a vibrant and scenic country in Southeastern Africa with a population of nearly 30 million people. The nation has abundant natural resources and its coastal location provides strategic access to the maritime economy. After attaining independence in 1975, Mozambique fractured during the Mozambican Civil War, displacing nearly five million people and driving up the rate of poverty in Mozambique. Although the war ended in 1992, violence and instability greatly set back the nation’s economic development.

Despite facing tremendous adversity, Mozambique has made great progress in poverty reduction. The nation has decreased infant and maternal mortality and increased life expectancy as well as access to education, water and electricity. Over the last 15 years, the nation has reduced its multidimensional poverty rates from 92.8% to 71%, and its Human Development Index (HDI) has increased from 0.217 in 1990 to 0.446 in 2018. Mozambique has great potential, although almost 50% of its population continues to struggle with poverty. Mozambique still faces a variety of challenges as they strive to reduce poverty further, but innovative solutions provide hope for a brighter future.

Increasing disaster preparedness is central to combating poverty in Mozambique. The country is incredibly prone to natural disasters and experiences an average of one large-scale disaster every year. In 2019, two strong tropical cyclones hit Mozambique only six weeks apart from one another. The natural disasters left approximately 1.85 million people in need of urgent humanitarian assistance and had catastrophic effects on the nation’s development. In 2017, the Mozambique government established The National Disaster Risk Reduction Master Plan (PDRRD) to reduce risk, loss of lives and impact on infrastructure. Increasing funding and resources for this disaster management plan will help protect the most vulnerable from natural disasters and keep Mozambique on the development track.

Combating inequality remains a key challenge to Mozambique’s development. Newfound growth has not been shared by all, as poverty continues to plague the country’s rural population. Welfare levels diverge greatly from the urban south to the rural north, largely due to increased connectedness to job markets in urban areas. Many rural Mozambicans remain stuck in a cycle of poverty because they are cut off from the larger economic landscape. The International Fund for Agricultural Development is working to fix this dilemma with its Rural Enterprise Finance Project. The initiative is dedicated to improving national and regional access for nearly 300,000 rural people involved in agriculture, fisheries and small to medium-sized enterprises.

Investing in the agricultural and informal sectors helps support the rural poor and equalize welfare. Agriculture plays a vital role in reducing poverty, as it raises the income of farmers and lowers national food prices. Almost 80% of Mozambique’s population works in the agricultural sector, which accounts for nearly 25% of its GDP. However, low productivity has impeded farmers’ efforts to transition out of poverty.

Key inputs such as fertilizer can increase a farmer’s yield by nearly 40%, and higher connectivity links rural farmers to larger markets. The World Bank’s Agricultural Productivity Program for Southern Africa is working to increase the availability of agricultural technologies across the region and has aided more than one million Mozambicans throughout its seven-year existence.

Mozambique has an abundance of natural resources, particularly energy and minerals, and is home to the third-largest natural gas reserves in Africa. Extensive development in the extractive industry has led to economic growth in recent years, and the sector contributed 19.47% of the nation’s GDP in 2017. Although Mozambique’s economy slowed in 2019 due to a declining coal industry and infrastructure damage from cyclones, it is expected to revive by 2024 as natural gas production is established.

Mozambique has become one of the fastest-growing travel destinations in Africa, so tourist sector growth is pivotal in reducing poverty levels. Tourists enjoy extensive safari parks, beautiful beaches and rich culture, yet specialists have concluded that Mozambique has not fully utilized its potential. The International Finance Corporation (IFC) is helping to grow Mozambique’s tourism sector to create employment opportunities for the nation’s poor. The IFC has made legal material on the country’s tourism industry free for potential investors and is working to sustainably develop Mozambique’s natural sights and biodiversity-rich areas.

Investing in people—especially women—can transform Mozambique’s human capital and dramatically increase prosperity. Providing equal access to education, sanitation, electricity and health services helps combat inequality and creates opportunities for the rural poor and women of Mozambique. Women and girls are less likely to escape poverty and attain education and employment in comparison to their male counterparts. Reducing female drop-out-rates poses a great challenge to the educational sector. Although 94% of girls enroll in primary school, over half drop out by the fifth grade.

A USAID-funded project called Nikhalamo (translating to “I am here to stay” in the Chuabo language) is working to reduce Mozambique’s female dropout rate by improving learning opportunities for girls and young women. Nikhalamo provides education and life-skills programs, community engagement and mentoring in the Namacurra district. The project continues to expand each year.

Mozambique has made astounding accomplishments in combating poverty. Since the 1990s, infrastructure development, increased access to essential services and economic growth have contributed to poverty reduction and improved quality of life. However, the economic effects of the COVID-19 pandemic threaten progress, especially as Mozambique continues to recover from the devastating cyclones in 2019. Social safety nets during the pandemic will be key to protecting the labor force, avoiding food insecurity, maintaining school enrollment, and thereby reducing poverty in Mozambique.

Poverty in Sri LankaWhat are the UN Millennium Development Goals?
Scroll to top