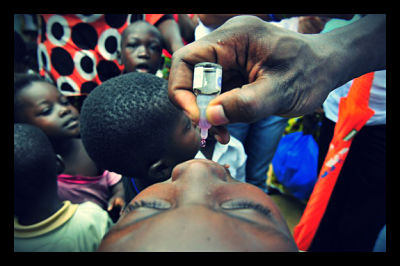 Since 1979 the United States has been free of the disease that at one point crippled 35,000 people per year. Although Polio has now been stopped in the United States, several countries continue to suffer from the Polio virus. This infectious disease spreads rapidly to the spinal cord and can ultimately lead to paralysis. Unfortunately there is no cure for the disease but thanks to the Polio vaccination, its spread is better controlled. Many are unaware of what causes Polio so an overview including symptoms will be presented.

“Polio” is short for Poliomyelitis which is caused by a virus that infects the nervous system. Though the virus is usually transmitted through person to person contact, 95% of those infected don’t have any symptoms. The virus tends to remain inside the human body, reaching the environment through either a fecal or oral route. Infection is rampant in areas that are extremely unsanitary and where children are exposed to the fecal material of other infected people. Since the Poliovirus enters humans, for the most part, through the mouth or nose, it is inclined to spread easily. Once in the throat, the virus multiplies until reaching the bloodstream, possibly even infecting the nervous system. Complications that arise from the virus include the following:

Several treatments in developing nations have been adopted to help counteract these symptoms including antibiotics for infections, painkillers for muscle pain, physical therapy and surgery for muscle complications. Additionally, the Polio immunization prevents the spread of the virus in over 90% of the population though cases in which the spinal cord and brain are not involved have a positive outlook from the start. This vaccination has proven to be extremely effective as illustrated through the fact that global immunization campaigns have diminished thousands of cases worldwide. Polio outbreaks are, however, still seen in Asia and Africa, but several organizations are continuing to campaign for vaccine accessibility. 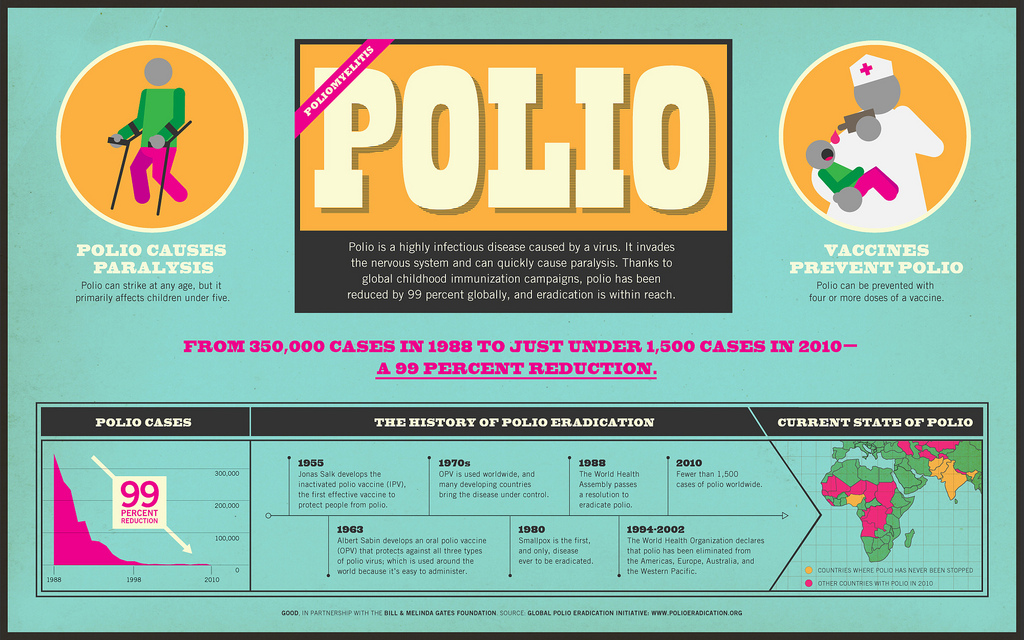