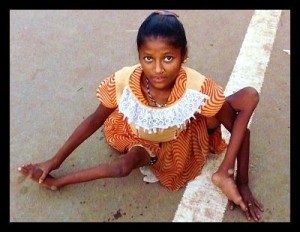 Poliomyelitis, commonly referred to as polio, is a highly contagious viral disease that, despite being deemed as a problem of the past by the Western world, remains a very current problem in other parts of the world. Though its remnants are seen in the stunted limbs of the survivors, polio’s worst effect is no disfigurement.

Polio is a potentially fatal disease of the nervous system that causes paralysis. After infection, the organs can stop functioning within a matter of hours. Fatalities normally occur if the virus affects the respiratory system, preventing the victim from breathing. In some cases, polio leaves an individual with permanent paralysis, typically in the lower body.

In the majority of cases, polio shows no symptoms. Although anyone can contract the disease when they come in contact with it, the disease mainly affects children under five. Currently, there is no cure for polio once it has been contracted. Programs to eradicate polio work solely through prevention by vaccinating children at a young age.

As a result of a huge global effort to eradicate the disease, it has largely disappeared and has become one of the global health’s success stories. Only 223 cases were reported in 2012 (down from an estimated 350,000 in 1988). According to the World Health Organization, only three countries in the world still report polio as a problem: Afghanistan, Nigeria, and Pakistan.

At the Global Vaccine Summit in the United Arab Emirates in April 2013, a five-year plan was presented to ensure the eradication of all forms of polio, backed by contributions of 75% of the 5.5 billion necessaries for implementation.