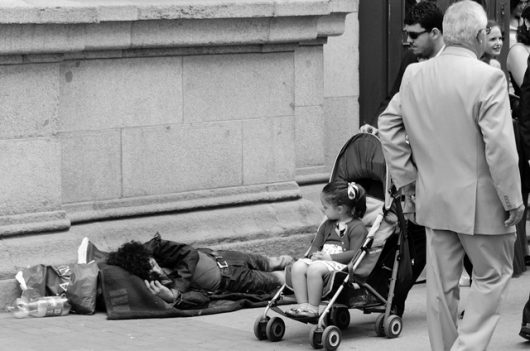 Spain is best described as the land of Picasso and Gaudí by art lovers and home to Real Madrid and Barcelona by football fans across the world. Spain is a great tourist destination, thanks to its unique culture which includes the great dance form of flamenco, the celebration of La Tomatina and the famous bullfighting.

However, Spain has always struggled economically compared to other European states. The early 2000s saw a great change, as Spain became one of the strongest economies in the EU. Foreign direct investment tripled from 1990 to 2000. Unfortunately, the financial crisis of 2008 hit Spain the hardest of any country in the eurozone, as it had relied heavily on property and the construction sector. The unemployment rate increased dramatically and banks failed.

In 2012, the poverty rate in Spain was estimated at 21.1 percent. Today, Spain has recovered from the recession and is growing fast, but issues still linger. Most of the work available is of low quality, wages remain low and the unemployment rate is still at 18 percent, and almost 40 percent for youths, while strikes and job insecurity are still very common. These issues most impact families with children. According to UNICEF, 40 percent of children in Spain are living in poverty, which is the third-highest in the EU.

The reduction in spending on healthcare and education as austerity measures have had a negative long-term impact. Social protection policies are not focusing on children and their sustainable future. The gap in social protection for children and people over 65 is the highest in Europe. Spain also has the biggest wealth gap in Europe, with the middle-class disappearing and wealth concentrated in the hands of very few.

The good news is that the last three years have seen impressive growth in Spain’s economy. The government has outlined several solutions to decrease the poverty rate in Spain:

As the country works to revive its economy, it is key to prioritize reducing the poverty rate in Spain. To make that happen, all its policies must be directed towards inclusiveness and concerning the existing inequalities.