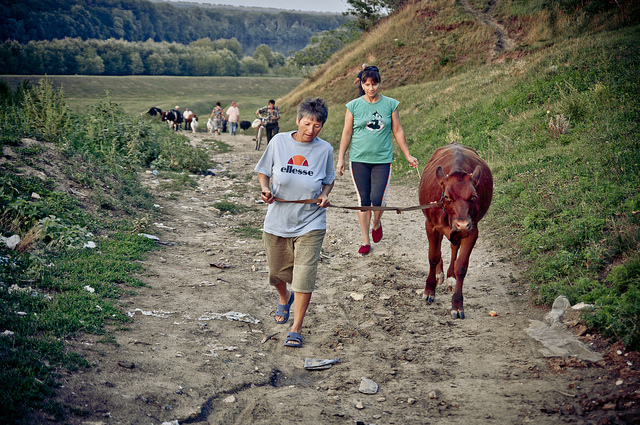 If ever there were a time capsule left in the world, it would be Moldova. Pictures of Moldovans in traditional clothes, locals driving horse-drawn carriages and a country dedicated to agriculture and the production of wine are among the first photos that come up in an image search. Though online photographs of Moldova are charming, poverty in Moldova has been a definitive characteristic of the nation since its independence from the Soviet Union in 1991. What was once a wealthy state became the poorest country in Europe after Soviet liberation.

The Statistics
According to The World Bank, Moldova has experienced economic growth and a significant poverty reduction since the start of the millennium.

These two factors are acknowledged as the main drivers of economic growth. In fact, the Republic of Moldova is one of the few European countries that recognizes remittances as a main influencer of the economy, accounting for 26 percent of gross domestic product in 2014.

Challenges Halting Further Progress
Unfortunately, exporting labor leads to the issue of weak labor markets. Labor and demand are some of the challenges that plague Moldova and inhibit its economic progress, keeping poverty a constant.

Dependence on remittance weakens the industrial market and keeps the Moldovan economy in a cycle that increases the trade deficit and proves remittance to be untenable.

Despite an increase in those attaining higher education, younger generations are having a difficult time finding specialized occupations that are not farm-based. Post-secondary education is not a guarantee of a better job, as the business industry is not creating long-lasting positions and many firms do not typically subsist themselves.

Moving Forward
Improving the industrial state of affairs in the nation will continue to decrease poverty in Moldova.

Alex Kremer, the Country Manager for Moldova, told the World Bank that “urbanization, connectivity and off-farm jobs are the best escape routes from poverty”.

So far, the program has already granted 83 private sector companies innovation awards and produced a campaign focused on the employability of Moldovan youth.

The initiative is scheduled to end in 2017, but with movements like this, the future of poverty in Moldova will surely improve.