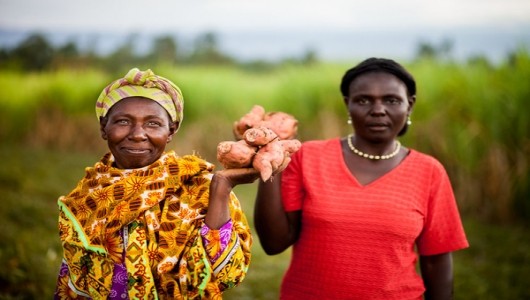 In Kenya, over 1.5 million people are facing food shortages and high levels of malnutrition. Most of these people live in rural areas, particularly in northern Kenya. The fact that these people are so far away from the more industrialized areas of Nairobi and Mombasa means that they are both more difficult to reach and easier for a country to ignore. Some people live away from areas that are accessible by any sort of road and many people are only reachable by dirt roads, which are often treacherous.

When some people are reached the food is often things such as beans and corn, which do not offer all of the nutrients that people need.

To find out more, I talked to anthropologist Professor Jon Holtzman about his research regarding nutrition in Northern Kenya.

Q: What nutritional research have you done in Kenya?

A: I studied the Samburu in Nothern Kenya. They are pastoralists. They traditionally rely on their herds.

Q: What did you find in the gender differences in nutrition?

A: Both men and women were less well off as they aged, but men tended to be more adversely affected by aging. They tended to get more malnourished as they aged.

Q: Why do you think these differences occur?

A: There’re generally food shortages among the Samburu and although men have more political power, women control the distribution of food in the house. The food is sometimes scarce.

Q: How has the rising population changed the nutrition of the Samburu?

A: They no longer have enough cows to rely on the products of their herds, particularly milk. In 1950 there were probably about 50,000 Samburu and they had about 350,000 cows, so each person could get enough milk. Now there are about 200,000 Samburu and about 200,000 cows, so it isn’t possible to get enough milk. They just sell livestock to buy things like maize meal, which aren’t very nutritious and are low in key nutrients, such as protein.

Q: How is this affecting the health of the Samburu?

A: Generally they are very thin and their growth rate is reduced. They are very vulnerable to diseases associated with poor nutrition, such as tuberculosis and other infectious diseases.

Q: What sort of assistance would be best to help this population?

A: It isn’t an easy problem to solve. More support for health care and programs that bring new and sustainable economic activities to remote areas could be the best hope.

Groups like UNICEF and USAID are doing work to try to help people with low access to nutritious foods and potable water. But without the necessary funding, there is only so much that can be done.

Private Schools: Growing Trend in the Developing World Fight Against Malaria in Myanmar
Scroll to top