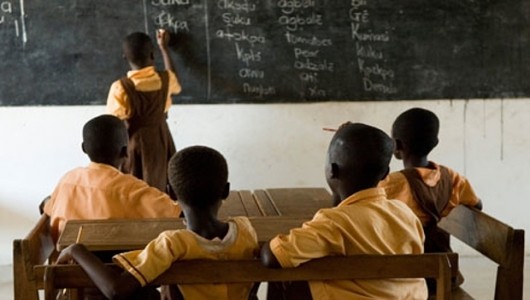 Many see education as a path out of poverty, and it definitely can be. But for this idea to be true, real quality education must be administered for children to have any hope of crawling out of destitution. Quality education can sometimes be a rarity in the developing world, but a new trend is changing that.

The Nairobi slum of Mathare has 120 private schools but only four public schools. That’s right, four public schools for 500,000 children. This rush of private schools across South Asia, the Middle East and Africa have been caused by the inability of governments in countries like Kenya and Nigeria to provide basic, decent education. Parents are increasingly looking for alternatives to shockingly low standards of quality seen in many public schools in developing countries.

An example of the lack of quality education can be found in some Asian countries, where half of children who have completed four years of school cannot read to the minimum standard expected. The same issue is present in Africa, where the percentage is a third.

Based on parents wanting a solution where their children learn something has sprouted the trend of small, low-cost private schools started by entrepreneurs targeting the poorest families. The tuition bill for schools in Lagos can range anywhere from 7,000 naira (or $35), to as low as 3,000 naira per term.

There are a few benefits to private schools in the developing world. First is performance – students who enroll in private schools often perform better in subjects like English and math than their public-school counterparts. This success translates to a better value for their money, achieved for a third of the cost of public schools.

Besides better value for money, private schools are innovative. More access to technology might pose useful in the classroom, a welcome change from many public schools that are so severely under-resourced. More technology-based education will also prove necessary as the jobs climate moves from farming to more skills-based work in developing countries.

Finally, private schools also bring investment to their countries. Lots of schools are single entities that only charge a couple of dollars a month, but chains are beginning to form. Bridge International Academies has built 400 schools in Kenya and Uganda with plans to expand to Nigeria and India. Some of its backers? Bill Gates, Mark Zuckerberg and the International Finance Corporation.

Private schools in the developing world are a promising second option for children who do not receive sufficient education in public schools. With cheap schools comes more potential opportunities for better-educated children who can then go on to change the world.