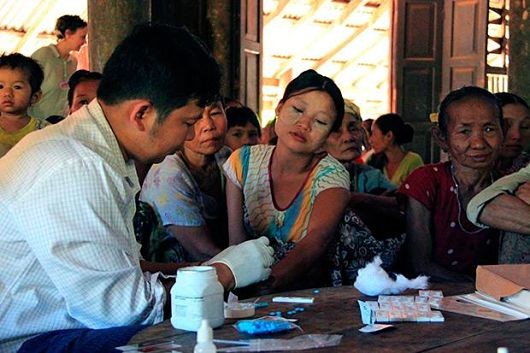 In the global fight against Malaria, the drug, artemisinin, has been a common theme. However, with the ongoing rise of resistance to the drug, new approaches are needed. As the resistance spreads, it threatens to enter Myanmar by India, which then puts the entire African continent at risk.

Myanmar has a longstanding history of rigid ethnic division and an overall lack of cooperation in both domestic and international politics. However, the imminent danger posed by the potential for the spread of artemisinin-resistant Malaria could be bringing about a new era of cooperation. Since Malaria is a problem that everyone in the country is facing, the structure encouraged by conflict and the history of segregation is being weakened by necessity. People are beginning to realize that the risks posed by the resistance are so imminent and dramatic that there is no time to waste in upholding such strict separations.

With an election coming up in November, these discussions held between the opposing political parties are important. As the public sees that the government as a whole is making serious efforts to combat Malaria, there will likely be less distrust and suspicion, which could encourage participation in the elections. It is widely understood by both sides that the fight against malaria should not and cannot be subject to the ups and downs of political turmoil in the country.

Additionally, because most deaths from malaria are occurring in marginalized ethnic communities that have long battled the government, which has affected the access to and quality of medical care in those areas, the new view on and cooperation in the fight against Malaria will have to address the issue in order to reach the goal of eliminating Malaria by 2025. Myanmar has made an effort to prove to the U.S. that they are taking Malaria seriously so as to encourage foreign aid by inviting members of various ethnic groups and central government departments to convene in a meeting in Washington D.C. this past week, the timid first step towards collaboration to eradicate Malaria in Myanmar and to prevent the spread of the artemisinin-resistance to larger, vulnerable populations.