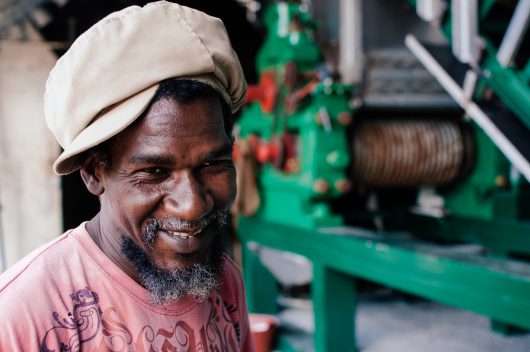 Residents of Guadeloupe bore witness to the 2009 food crisis in Haiti, watching as people protested in the streets, asked for more food from their government. Fights don’t occur over hunger in Guadeloupe; the people do what the government says, and do their best outside of that.

Guadeloupe authorities have neglected subsistence agriculture and have favored export crops, like bananas and sugarcane. These two crops cover half of the island’s cultivated land alone. While this is great for trading and exports to other nontropical countries, big-buck companies often dominate these trades, yielding high profits and strictly maintaining farmers and crops. Plus, agriculture only accounts for 3.3 percent of the workforce. Guadeloupe needs government support to start focusing on locally grown foods. Otherwise, hunger in Guadeloupe is inevitable.

Guadeloupe has good soil, although often polluted. Produce farming locally could be year-round due to its tropical climate. It also has a wide array of plants and animals, with more than 220 edible species including 60 vegetables and 130 fruits, because 43 percent of the island is a forest. All of the locally grown products are rich in antioxidants and Vitamins A, C and E. The two main causes of premature death in Guadeloupe are diabetes and cardiovascular disease, both of which can be helped by these vitamins and nutrients.

This would be great news for hunger in Guadeloupe, except that the French territory imports 80 percent of its food. People there have grown accustomed to importing their food. The locals prefer to consume imported food and don’t trust locally grown foods that they’ve never seen. They consume products that have likely been processed and only do so because the imported food is accessible and cheaper than locally grown produce.

Hunger in Guadeloupe is a difficult statistic to measure due to it being a part of France. However, most people agree that the islanders can still improve their way of living to avoid a hunger crisis. If the nation pushes for the purchase of local produce off shelves and for imported foods to go down from 80 percent, and tries to convince government officials and authorities that half the land isn’t needed to farm exported goods, Guadeloupe would save itself from the possibility of a future food crisis.

Infrastructure to Maintain Water Quality in the MaldivesWhat Does UNESCO Stand For?
Scroll to top