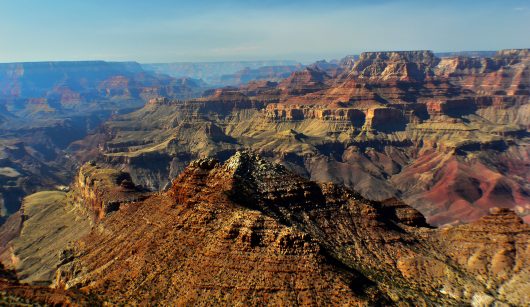 The organization UNESCO is a crucial part of any discussion of peace and unity among foreign powers. However, few people know the mission of this global organization, let alone its role in decreasing global poverty. So, what does UNESCO stand for?

UNESCO stands for the United Nations Educational, Scientific and Cultural Organization. According to the organization’s official website, it is responsible for fostering transnational ties in the areas of scientific advancements, equality in education, cultural development and freedom of expression.

Because of the interdisciplinary nature of the organization, UNESCO is able to effect change through a variety of platforms and to reach many populations. UNESCO’s extensive reach allows it to have a considerable influence on global issues, namely global poverty.

UNESCO defines the effects of poverty not only in terms of the economic disadvantage but also in terms of social, political and cultural hardships. UNESCO not only advocates for individuals living in absolute poverty but also for those suffering social exclusion and isolation as a result of relative poverty.

What does UNESCO stand for in terms of forming global alliances? UNESCO addresses these indirect consequences of poverty in several of its recent campaigns and goals. The 2030 Agenda for Sustainable Development was the most recent proposal by UNESCO to counteract the repercussions of poverty in the global community.

In this document, UNESCO identifies extreme poverty as the greatest global challenge to sustainable development and emphasizes several targets to focus on in the next 15 years, including peace, prosperity and partnership. This campaign contributed to an international alliance to end extreme poverty and set up time-bound goals that hold constituents of the U.N. accountable for their pieces of the partnership.

These goals prioritize the eradication of extreme poverty and hunger, education reform, women’s empowerment, environmental sustainability and several economic growth initiatives. The U.N. hopes to fulfill them by 2030.

In addition to providing resource-poor areas with necessities, UNESCO promotes a “culture of peace.” In order to establish this culture, the organization pushes for international cooperation through Water for Peace programs as well as geopark and biosphere reserve management. Another UNESCO priority is engaging community members by providing human rights education and sustainable development training.

One peace promotion and cultural inclusion strategy that UNESCO uses is funding and protecting World Heritage Sites. These sites are selected for their cultural, scientific or historical significance. The organization’s ultimate goals in protecting these sites are encouraging peacefulness in the present and contributing to these sites’ posterity. The Great Wall of China, the Sydney Opera House and Jerusalem, to name a few, meet World Heritage Site classification criteria.

What does UNESCO stand for? Over the years, UNESCO has contributed to a number of diverse campaigns, but its overarching mission remains the same. UNESCO stands for human rights advocacy, social inclusion and allowing every human being to fulfill his or her full potential with dignity and equality. These values will continue to be included in the organization’s agenda and initiatives.