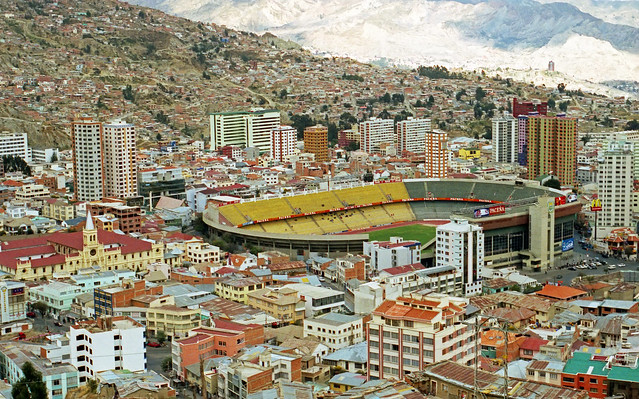 Although Bolivia’s poverty rate declined significantly from 63 percent in 2004 to 36 percent in 2017, the industrial production growth rate has been slow at about 2 percent. One major challenge to continually reducing the poverty rate is industrialization in Bolivia. The country’s state-oriented policies discourage investment, especially in the underutilized mining sector. Further economic developments that include incentives to spur investment, as well as policies to improve income equality, are needed to continually reduce the high poverty rate.

Bolivia’s state-oriented policies is a barrier to development. According to Joe Lowry, head of Global Lithium and a former employee of FMC, FMC wished to develop Uyuni in the late 1980s and early 1990s, but “governmental chaos and poor infrastructure were too much to deal with.” President Morales is preventing external corporations from exploiting natural resources, such as lithium. FMC Corp, a major lithium producer, and South Korean steelmaker POSCO tried to make deals with Morales’ government, yet no agreement was made due to strict government control.

To induce foreign companies to form operations in Bolivia, reducing government control on the private sector is an essential requirement. This laissez-faire style of welcoming outside companies to build relationships with Bolivians would not only create jobs but also improve the poor roadways leading to its neighboring countries. A lack of infrastructure also creates difficulty for external corporations who wish to start operations within the country. Inefficient roadways slow transportation vehicles and create major obstructions to traveling throughout Bolivia.

About 12 percent of roadways are paved. The Inter-American Development Bank approved a $178 million loan to Bolivia in an effort to improve or add roads, traffic flow and increase security. The loan also increases job opportunities for women in non-traditional sectors through training in truck-weighing procedures, toll-collection and heavy machinery operation. The regions with paved roads earn the majority of the gross domestic product. In these areas, the travel time and cost of operating vehicles is less than areas with crude and poorly maintained roads. Additional infrastructure development is needed to create jobs and increase the probability of future investment prospects.

Lithium mining is one key sector to increase industrialization in Bolivia. With demand for lithium expected to double by 2025, President Evo Morales is set to invest $250 million into lithium operations after signing an agreement with ACI Group. Morales vowed to “industrialize with dignity and sovereignty.” Bolivia has nine million tons of untapped lithium, the second-largest amount in the world. Construction begins in 2021 and already companies are showing interest.

While Morales envisions Bolivia as a major lithium producer, Bolivia’s economy and finance minister, Luis Arce, perceives a future in the tourism industry. Arce agreed with Morales on its need for industrialization, especially in mining, natural gas and tourism sectors. Lake Titicaca, Salar de Uyuni and La Paz are three popular destination sites that receive tourists from across the world. Arce also plans to target income inequality by redistributing wealth. This would give compensation to families whose children complete a school year and a program guaranteeing a minimum retirement payment. Arce also stated salary increases outpacing inflation would help Bolivians, especially those in extreme poverty.

Industrialization in Bolivia, especially in road construction, is already underway. Reducing state-oriented policies could offer an incentive to investors interested in lithium. It is an important component in batteries that power electric vehicles and an important resource for the future of vehicles. With a decrease in strict government control, Bolivia could rise out from its slow development, create jobs and reduce its high poverty rate.

10 Facts About Slums in ManilaIndigenous Health in Australia: Closing the Gap
Scroll to top