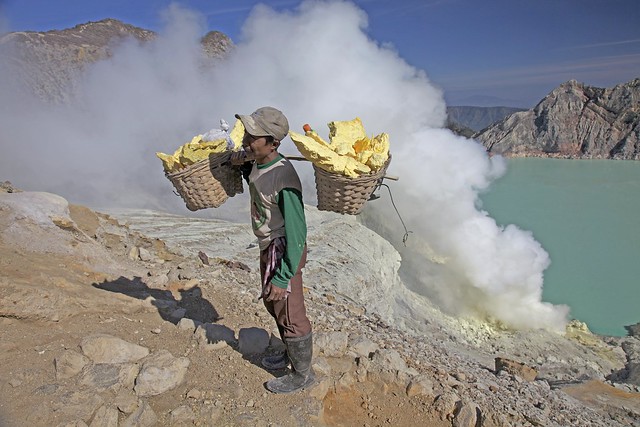 Indonesia is a bountiful country full of natural resources, such as coal, copper, gold, oil and natural gas. However, regardless of the strides Indonesia has made toward lowering its greenhouse gases emissions, it has been a challenge for the country to become “energy- and food- secure while also protecting forests.” The World Resources Institute (WRI), an environmental think tank, supports the efficient use of Indonesia’s natural resources by assisting the government through analyses and advice for the most equitable way to use the county’s land.

The premise of the green development framework is to keep current and ongoing development projects underway in order “to keep within this ecological “carrying capacity.” Propelling this shift in Indonesia’s natural resources paradigm is the government’s acknowledgment that the rate at which the country is plowing through its natural resources is not sustainable for the future.

Shortages in housing, water and food are just a few examples of the environmental and public health consequences that the current usage rate of natural resources has on development. Some concerns lie at the regional level rather than the national. For example, the islands of Bali and Java are at a critical level when it comes to their water resources.

The new course of development includes initiatives to hone in on major areas such as water, fisheries, energy and transportation, agriculture and peat. The key goal is to find “a balance between [economic] growth and environmental carrying capacity.” WRI Indonesia is working with the private sector to convert peat restoration into “viable” opportunity for business.

Being a well known marine nation, another pertinent Indonesian resource is the ocean. “The country’s waters support over 3,000 species of bony fishes and more than 850 sharks, rays and chimaeras,” and the fishing industry employs roughly 12 million Indonesians. Despite the many benefits of fishing, avoiding the exploitation and loss of fish needs to be a significant area of focus.

In some rural parts of the country, the water toxicity has increased significantly due to the runoff of pesticides and fertilizers as well as an increase in algae in the riverbeds. This has led to an unfortunate loss of marine life. To help solve the marine pollution crisis NGOs, activists and community groups have made efforts to clean Bali’s beaches. In 2017, volunteers collected 40 tons of trash from several different beaches. Further environmental reforms will be necessary to prevent toxicity from reaching the beaches.

In an effort to account for its ecological carrying capacity, Indonesia has set in place the KLHs or Strategic Environmental Assessment. This assessment is carried “out prior to issuing permits for land or forest management”  as a way of weighing the environmental impact of the companies requesting the permits.

Indonesia has set a bold and challenging goal in its first-ever low carbon development and green economy framework. The plan will focus on the energy and land use sectors of five different areas. The end goal of the green development plan is to continue to grow economically, but find “a balance between growth and environmental carrying capacity.”

Research suggests economic benefits as high as $26 trillion are foreseeable if strong stances are taken in climate change. These benefits include “new jobs and better health outcomes globally.” The new green development framework could propel “rapid economic growth, reduce the poverty rate and decrease greenhouse gas emissions.” The way forward for Indonesia’s natural resources and economic development goals could be further improved with support from other nations.