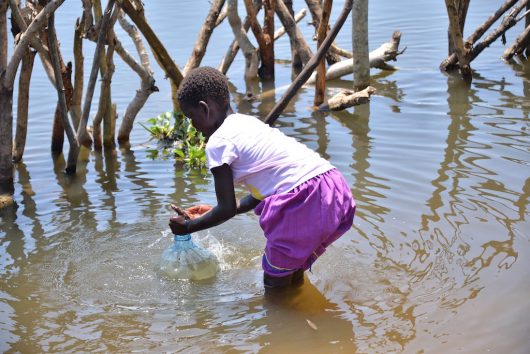 To expand the Water and Development Alliance, Coca-Cola and USAID are donating a combined investment of $22 million to provide safe water and sanitation to communities throughout Africa, Asia, Latin America and the Middle East. Coca-Cola and USAID, through WADA, act in 22 countries worldwide including 16 countries in Africa.

The Water and Development Alliance hosts volunteers in the local communities to participate in watershed management. Keeping the locals involved in the process of establishing improved attitudes and behaviors promotes the importance of maintaining positive health benefits, such as better hygiene and sanitation. This also advocates for smart water usage, thus preventing wastefulness and ultimately protecting the environment while providing economic benefits.

The Global Environment and Technology Foundation encourages the development of new projects and continued progress as the partnership manager. GETF is a non-profit from Washington, D.C. that aims to build partnerships, such as the one between Coca-Cola and USAID, to aid humanity. The three core issues at the center of GETF’s mission are safe water and sanitation, clean energy and climate change reversal, as well as overall sustainability for communities around the world.

In places like Chimoio, Mozambique, the TextAfrica water treatment plant received the funding for restoration and expansion as the facility now benefits 25,000 people in the surrounding area. Partnerships between public and private entities can do a lot of good with adequate funding and oversight to fix problems anywhere in the world. Successful sanitation and hygiene education campaigns are spreading to over one million people across West Java, Indonesia through another WADA-supported project.

The partnership is not limited to Coca-Cola, USAID and GETF. A local non-profit in Kano State, Nigeria called Women Farmer’s Advancement Network helped implement eased water and sanitation access directly in their communities. Also, in Tarija, Bolivia, stakeholder forum PROAGUA raised support for improved water resources and watershed management to the benefit of 150,000 living within the large basin area.

It is important to remember that joining for a common purpose can aid in the fight against poverty, hunger and illness. GETF works to ensure that more successful partnerships such as this may form and make a difference in the lives of real people everywhere. Coca-Cola and USAID continue to strengthen their bond and find new innovative ways to bring basic needs to those struggling to maintain their way of life.