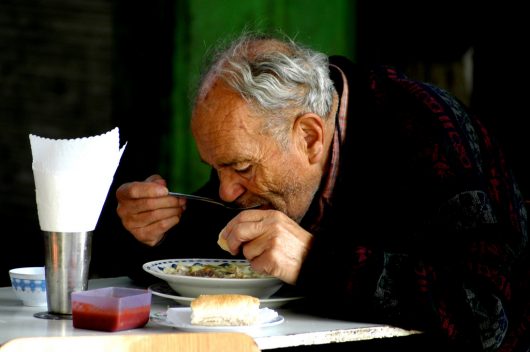 In the past, pension analysts, the World Bank and political figureheads around the world, including George W. Bush, have praised the privatized Chilean pension system as one of the most effective in the world. However, many issues have arisen due to the system, and Chilean retirees are unable to sustain themselves due to small pensions. Many citizens are forced to work past retirement age in order to live at the most basic level.

Following protests from dissatisfied citizens and warnings from international organizations regarding the failing pension system, Chilean President Michelle Bachelet began to explore reform options in 2008. Under the current system, which was implemented in 1981 under the military dictatorship of General Augusto Pinochet, workers must contribute 10% of their salaries into accounts operated by private businesses called pension fund administrators or AFPs.

The companies invest the money while employers and the government don’t make any contributions to the workers’ accounts. The funds are controlled by six AFPs and are equal to approximately 71% of Chile’s gross domestic product.

Recently, discontent among citizens has reached an all-time high as fewer and fewer people are capable of surviving solely off the money from the Chilean pension system. Although the invested money has helped to boost Chile’s economy in the past, the pension system is rather unreliable. If the stock market dips or the global markets stray from normal trends, workers lose savings and retirees receive smaller pension checks. Culturally, the Chilean economy is informal and people make inconsistent contributions to their pension accounts, which makes the situation even worse. Currently, the average pension check in Chile is $315, which is less than a monthly minimum wage salary.

Women also fare worse than men due to the fact that they typically earn less, are more likely to retire early and have a longer life expectancy than men. These factors, mixed with a general financial illiteracy among Chilean citizens, have led many people into desperate situations.

In 2008, President Bachelet introduced several pension reforms in an attempt to remedy the failings and move toward a mixed public-private system. She implemented a state-funded minimum pension amount of $140 for those who were unable to save for retirement. Close to 1.3 million Chileans receive this benefit today.

Now, further reforms such as a minimum required contribution from employers, the introduction of a state-run AFP with the hopes of creating competition and efforts to keep fund managers commissions on an equal playing field. Bachelet stated, “This increase in contributions will allow us to build the foundation for collective savings with solidarity. Part of it will enable raising current pensions and the other part will be used to ensure more equity in future pensions.”

As long as the Chilean pension system follows through with these reforms and takes care of their growing aging population, outside parties may still be able to look at Chile as having one of the most effective pension systems in the world.