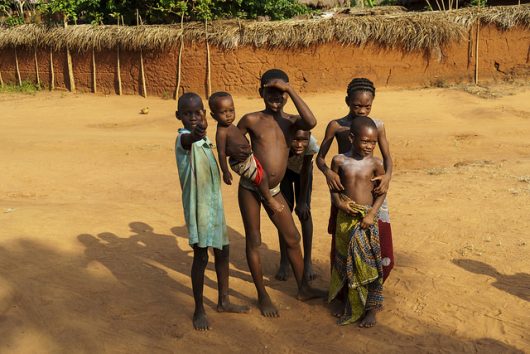 In 2005, consecutive food and nutrition crises combined with political violence left Togo crippled as a society and in dire need of basic essentials for survival. Over the next eight years, 10 million people faced food shortages and 1.4 million children were at risk for malnutrition.

Despite the conditions leaving the country in dire straits, humanitarian aid to Togo has been present both within its borders and beyond. More than 20,000 Togolese fled after the presidential election in 2005 to the nearby country of Benin to take refuge. Apportioned under the responsibility of Commissioner Louis Michel, €1.05 million was given to refugees through the Humanitarian Aid department of the European Union. Meeting refugees’ needs in terms of food aid, temporary shelter, primary health care and access to water, sanitation and essential items was the focus of the commission’s humanitarian aid. This also covered expenses for any refugee who wanted to return home to Togo, in accordance with the policy of voluntary return and international rules.

During the following years, Togo received various assistance from multiple countries. In 2012, €174 million was given to the emergency humanitarian response from the European Commission. In 2016, the United States gave $13.5 million in aid to develop the health, security and education spheres. Through the Humanitarian Assistance Program and the Department of Defense, schools and clinics receive funding and an HIV/AIDS prevention program is in place, as well as several civil engineering projects.

In 2017, AFRICOM was the only construction aid program in Togo. AFRICOM, in partner with the U.S. Army Corps Engineers European District, has $1.8 million in recent construction and renovation projects in progress. Humanitarian aid to Togo has built schools, medical clinics and garbage depots.

Although still recovering from issues in the past, humanitarian aid to Togo is still effective. With time and an increase of aid, true normalcy will exist in Togo, but currently the citizens are grateful for what they have. “Only God can learn the joy I have in my heart. We were waiting a long time for this project,” said village chief Togbui Yegbe Kokou Kini from Gblainvie, Togo. His statement exemplifies the success of humanitarian aid across Togo.