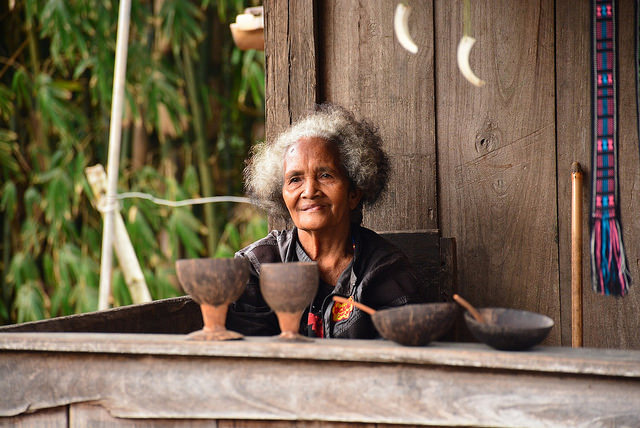 As neighboring countries, Australia and Indonesia have forged a close working relationship, especially in recent years. In fact, Australia has become a vital source of humanitarian aid to Indonesia. The main goal of Australia’s aid to Indonesia is to provide “policy and technical advice that will improve the quality of Indonesia’s investments in infrastructure, economic governance, human development and social policy, including areas in law and justice.

In 1989, the Australia-Indonesia Institute (AII) was established. Australia works with Indonesia to help improve its economy and sustainability as well as increase the stability and security of the Southeast Asian region. As part of Australia’s Aid Investment Plan, which was initiated in 2015, Australia has been able to provide 673.4 million dollars in official development assistance (ODA) to Indonesia in the past two years. It is estimated that a total of 356.9 million dollars ODA will be provided to Indonesia in the coming 2017 to 2018 years.

In 2017 alone, Australia has aided the improvement of Indonesia’s economy by targeting household electricity issues, expanding financial services for residents not covered by major banks, and improving Indonesia’s governmental budgeting and spending. They have also assisted in increasing incomes for 44,000 small farming households and providing better migrant worker services. Human development is a large factor in the Aid Investment Plan. Through education in several fields, Indonesian residents can learn how to solve any problem they may face, whether it be economic or disease-related.

Overall, the plan hones in on economic growth. With education given to both the government and residents, it is projected that Indonesia’s poverty numbers will substantially decrease. Currently, 25 million Indonesians live below the poverty line, 13.8 percent of which are people living in rural areas where farming is their major source of income. One way poverty is being addressed is through the education of farmers in operating more sustainable farms.

Caritas Australia, a non-profit organization, works in Indonesia with aims to end poverty, promote justice, and uphold dignity. So far, Caritas has been able to assist Indonesian residents with disaster preparedness, environmental protection, sustainable development, and health and community empowerment. Their work in Indonesia has been incredibly helpful to the country’s success in recovering from natural disasters, overpopulation and its lagging economy.

Caritas has six working programs to bring humanitarian aid to Indonesia, each one with a specific goal at hand. One program Caritas has been implementing is teaching farming communities how to grow crops that are more sustainable. Food security is a major issue in Indonesia, especially as natural disasters such as tsunamis, earthquakes, volcanoes, or extreme wet or dry seasons continuously threaten plant growth.

Established in 2010 and in partnership with Yayasan Mitra Tani Mandiri (YMTM), the farming program focuses its attention on rural communities where natural disasters have the most destructive effect. The program includes educating farmers on the importance of soil fertility in terms of reducing erosion after the harvesting of crops. This way, farmers are able to reuse the same land that was previously harvested instead of moving on to new patches of land.

Caritas farming humanitarian aid to Indonesia has allowed residents to learn how to farm effectively in order to receive a more reliable and stable food supply and income. In addition, Caritas has provided health training, and connections among Indonesian communities to share what they have learned and have guided communities to the development of strategic plans for their future farming.

A farmer from West Timor spoke with Caritas after participating in their farming program, in which he said, “before the program, I was very anxious. But now I do not worry. There is always cassava, banana, and taro in the garden. We will not be hungry.”

The work of both the Australia-Indonesia Institute and Caritas Australia humanitarian aid to Indonesia has proven to be very beneficial for its communities. There is a more solid foundation for farmers to maintain their crops as well as solutions for how to improve the country’s economy. Each program put in place is a step closer to Indonesia’s liberation from poverty.