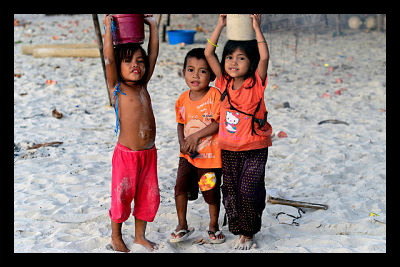 The economy of Indonesia has been steadily growing in recent years, causing the poverty rate to decline from 17 percent in 2004 to 12.5 percent in 2011. However, due to the financial crisis of 1997, poverty still dominates regions of Indonesia and separates the city of Jakarta into upper and lower classes. As the gap between the rich and the poor widens, many find it difficult to escape the harsh reality of poverty in Indonesia.

In order to recover from the economic crisis of 1997, a variety of urban alleviation programs were implemented, including social safety net programs. These programs have been able to reduce the number of poor people in Indonesia, particularly for those in urban areas.

It is a different story for those living in rural areas. Approximately 70 percent of the population lives in rural areas, where agriculture is the main source of income. Poverty tends to be higher in these areas; 16.6 per cent of rural people are poor compared with 9.9 percent of urban populations. Millions of small farmers, farm workers and fishermen are materially and financially unable to take advantage of the opportunities offered by the economic growth. They are often geographically isolated and lack access to agricultural extension services, markets and financial services.

According to the World Bank, approximately 65 million people in Indonesia live just above the poverty line, making them vulnerable to falling into poverty. Millions lack basic human needs, such as food, clean water, shelter, sanitary environments and education. In fact, few families living in poverty have their own bathrooms. Most communities share a communal bathing facility, often located miles from villages. Many of the poorest people cannot read or write.

Indonesian women in particular are vulnerable to poverty; they have less access to education, they earn less than men, and are subject to discrimination and exclusion. Many children are forced to stay home from school to tend to household duties or work at the family business.

The Indonesian government is working hard to reduce poverty and meet the United Nations’ Millennium Development Goals, which aim to cut the proportion of people living on less than one U.S. dollar a day by half by the end of 2015.

Kecuk Suhariyanto, the Director of Analysis and Statistic Development at Indonesia’s Central Bureau of Statistics, said that Indonesia’s poverty figure last year was a “significant improvement from the 39.3 million recorded in 2006, although the country has a different definition for poverty from most international agencies.”

Pencils of Promise​Chad: Highest Rates of Malnutrition in West Africa
Scroll to top