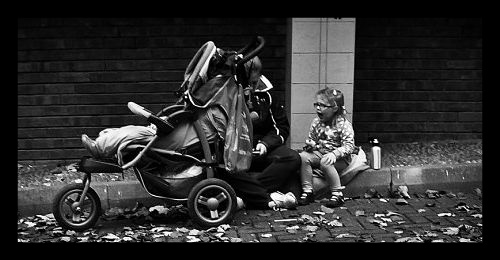 More than 2.5 million Australians, that is, 12.8% of the Australian population, live below the poverty line. Included in this figure are 575,000 children, meaning that 17.3% of all Australian children are living in poverty. As it stands, the rate of child poverty in Australia has risen by 15% since 2001.

Homelessness is also a huge problem in Australia, with there being currently over 100,000 homeless individuals, a quarter of which are under the age of 18 and 18,000 of which are children under the age of 12. As a result, both the Australian Council of Social Services (ACOSS) and UNICEF Australia are urging the government to develop an action plan to tackle child poverty.

Part of the problem revolves around the fact that social assistance payments are very low, having not increased since 1994, while the cost of living has increased by a third.

As such, the poverty rate among people living on social assistance is much higher (36.5%) than among the general population. Furthermore, ACOSS argues that social security payments are not high enough to meet basic standards of living and cover necessities such as food, shelter and clothing.

ACOSS is, moreover, requesting that the government raise social security payments by $250 a month in order to help recipients cover basic necessities and to cover job search expenses. One of the most vulnerable groups is single parent led households, especially since half of the children living in poverty belong to families led by single parents.

In fact, Australia has the fifth highest poverty rate for single parent led families of all of the OECD countries. UNICEF Australia’s Tim O’Conner argued that Australia is falling behind many other countries in lifting people out of extreme poverty and ending child poverty.

Another vulnerable group is the indigenous population who make up 2.5% of Australia’s total population. The nation’s indigenous people live in the poorest communities while suffering the effects of poverty the most which includes worse health and having a life span approximately 17 years shorter than the national average.

Moreover, the child mortality rate among indigenous groups is four times greater than that of the general population.

What is shocking is that Australia is one of the richest countries in the world, coming in second only to the U.S. in wealth per capita. Many people are unaware of the rates of poverty in Australia since reports usually focus on the nation’s wealth as a whole.

The fact that there exists so high a rate of child poverty in Australia should be cause enough to prompt this issue of inequality to be addressed.