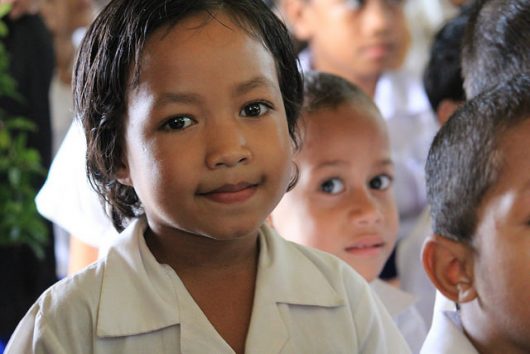 An island state in the South Pacific, Samoa makes up one of the westernmost islands of Polynesia. With just over 170,000 people, Samoa is a small country of great cultural indigenous history. Its government is a unitary parliamentary democracy and though there is little political strife, Samoa has struggled in recent years with its human rights.

According to a 2015 Human Rights Report on Samoa, the country did generally well keeping up with the code of conduct prescribed in the Samoan constitution. An executive summary reported that there were no unlawful government or police killings, torture or inhuman punishment, denial of fair trials or restrictions on academic, internet or speech freedoms. However, the report noted some breaches of the human rights standards in Samoa.

In 2015, conditions in men’s prisons were reported to be overcrowded and there was a lack of ventilation and lighting in cells; in fact, one cell at police headquarters in the city of Tuasivi was deemed unfit for human containment. There was also a general lack of security at prison centers, but authorities did properly investigate and monitor conditions.

The report also noted a violation of privacy of homes and families. Lack of privacy in some villages meant possibly granting officials access to homes without a warrant and there were several allegations of village councils banishing people from their villages. Those exiled by traditional government law were banished due to cases of rape, adultery, murder and unauthorized claims to land. There were some reports of government corruption in 2013, but elections were considered generally fair. Reported rape cases in 2015 were thoroughly investigated and had high conviction rates. Domestic violence is considered common criminal assault with a maximum penalty of one year imprisonment and offenders were generally only punished if the abuse was considered extreme.

The country, which is making several strides toward bettering human rights for all, has a history of ratifying treaties which work in favor of all Samoans and give people equal and humane treatment. Some include the 2016 Convention on the Rights of Persons with Disabilities, the 1994 Convention on the Rights of the Child, the Convention on the Elimination of all Forms of Discrimination Against Women, and the 2008 International Covenant on Civil and Political Rights. With continued pressure on leaders to make permanent changes to the human rights standards of the country, and with the participation and education of the public, human rights in Samoa are on their way to serious improvement.