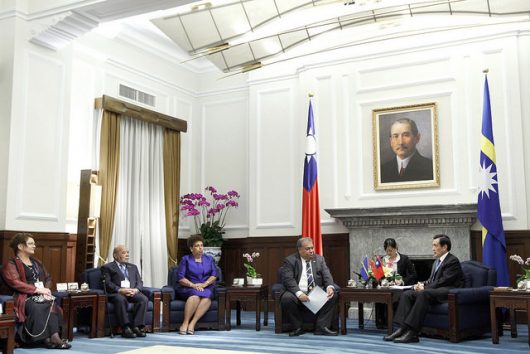 The south Pacific island is home to just under 10,000 people. Those who live there are governed by a parliamentary republic. Today, Nauru is arguably better known for its human rights issues than for its last place finish in the world’s largest country contest. While there are certainly those who are not satisfied with the protection of human rights in Nauru, the evidence suggests that the nation does a very admirable job in this area.

Some of the allegations of human rights violations in Nauru were related to corruption. However, the U.S. State Department’s 2014 report on Nauru did not reach the same conclusion. The report states that the government, led by President Baron Waqa, utilizes its resources effectively to investigate and punish abuse and corruption. This seems to be working well, as there were zero reports of impunity involving Nauruan security forces in 2014.

Another frequent concern are the prison and detention center conditions in Nauru. This worry stemmed from an incident in the summer of 2013 when asylum seekers in Nauru’s Australian-run detention center rioted. The riot was the result of Australia announcing that Australia would put into effect more rigid immigration policies. Ultimately, more than 60 asylum seekers faced criminal charges. The world’s perception of human rights in Nauru has been greatly affected by this incident.

While this occurrence certainly represents a stain on the nation’s human rights record, it does not capture the full picture. In fact, the State Department’s report states that prison conditions generally met international standards.

The protection of women and women’s rights is another aspect of Nauru’s protection of human rights that is sometimes criticized. Part of this concern stems from the fact that women’s participation in politics is significantly less than that of men’s. However, since there are no rules or laws stopping women from participating, this may be more of a cultural issue.

Authorities in Nauru have been successful in protecting women against domestic violence and rape. The State Department’s report states that the courts “vigorously prosecuted” reported cases of rape.

There is clearly still work to be done and room for improvement, but the tiny island nation of Nauru is succeeding in protecting its people’s human rights in many regards.