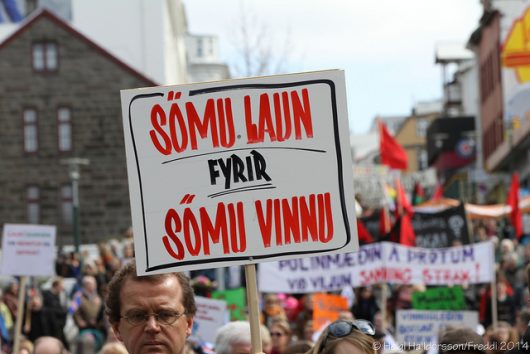 Iceland is a Nordic nation with a population slightly over 300,000 people. Despite its small size, Iceland stands out among other nations in a variety of ways. Geographically, the nation is known for its beautiful sights including volcanoes and hot springs. Economically, the nation boasts an impressive statistics, such as its four percent unemployment rate. Human rights in Iceland are protected fairly well, but certain aspects could be improved.

Unfortunately, the report found issues existing beyond the criminal justice system. Discrepancies in access to health care for certain individuals was noticeable. Researchers also found discrimination against people with disabilities in regard to employment and access to public locations. This report clearly demonstrates that Iceland must take measures so that human rights truly include everyone.

However, these few failures do not represent the entire situation in Iceland. In fact, the vast majority of human rights in Iceland are well protected. Freedom of speech and the press are protected by the constitution and the law in Iceland. The law is able to fine and/or imprison anyone who blocks people from this right.

Iceland took a step forward in protecting the human rights of women this March by becoming the world’s first country to mandate that businesses demonstrate that they offer equal pay to employees regardless of their gender. This law affects all businesses, public and private, that employ over 25 people.

Human rights in Iceland are not perfectly protected. However, steps such as demanding equal pay for employees regardless of their gender shows that progress is being made.