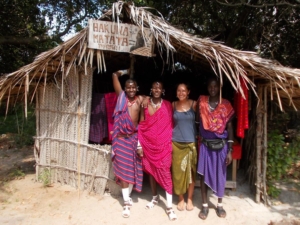 Today, and for the longest time throughout its history, homelessness in Tanzania represents an uncompromising problem to solve. With an ever-increasing population of roughly 60 million people, and with one in 10 of the population living below the poverty line, homelessness requires urgent action.

The Current State of Homelessness in Tanzania

Homelessness in any nation has a connection to poverty, and in Tanzania, this is no exception. Poverty in Tanzania has seen a steady, but albeit ambiguous level in progress in recent times. According to the World Bank, significant economic growth within the last 20 years has moved the nation along, “culminating in its transition from low-income to lower-middle income status in July 2020.”

According to the United Nations Development Programme (UNDP), as of last year’s Multidimensional Poverty Index (MPI), which determines a nation’s level of poverty through three key factors in health, education and standard of living, Tanzania possesses an MPI value of 0.284. Making up Tanzania’s rating on the MPI are 10 indicators, such as nutrition and access to electricity. Housing deprivation was at 9.3% as of 2021.

The current rate of homelessness in Tanzania represents a significant obstacle to overcome for the nation. The housing demand across Tanzania continues to rise on an annual basis, as according to Shelter Afrique, 3 million units with an additional 200,000 more units are expected every year.

The root of Tanzania’s homelessness problem is not due to a sole contributing factor. A questionnaire to National Human Rights Institutions, which the Office of the High Commissioner for Human Rights presented, identified six key factors as causes of homelessness in Tanzania. These are:

A leading contributor to homelessness in Tanzania is the right to residency throughout the nation. In accordance with the United Republic of Tanzania’s Constitution of 1977, there is no clear mention that housing is considered a basic human right. Tanzania’s lack of legal right to housing manifests a situation in which millions of citizens cannot afford basic housing.

Affordability of housing in Tanzania represents a significant problem, with the average annual salary per person in Tanzania at $1,140 as of 2021. Affordability, absence of the legal right to housing and the lack of housing are problems that Tanzania’s frequent natural disasters aggravate. The nation experienced 46 natural disasters between 2008 and 2021, which led to the displacement of nearly 250,000 people.

The continued work of multiple nonprofit organizations in Tanzania is proving to be a catalyst for progress. Habitat for Humanity, for example, began working in Tanzania in 1986 and focuses on offering housing opportunities through microfinancing, as well as advocating for effective housing policy, and addressing water, hygiene and sanitation concerns. Habitat for Humanity’s microfinancing program started in July 2009 and has proven to be a continued success in providing affordable means of housing. In the fiscal year of 2018, 2,340 individuals received direct assistance for Habitat for Humanity’s work on the ground.

The World Food Programme (WFP) began working in Tanzania in 1963 with the goals to provide food for the most vulnerable, incentivize food production for agricultural workers and set up social protection systems that play a vital role in supplying basic supplies after natural disasters. WFP’s current operation in Tanzania, which provides $16 million in funding, started in July 2022 and will run until December. One of its primary objectives during this six-month period is to provide care and assistance to 202,540 refugees.

The continued work of nonprofit organizations such as Habitat for Humanity and the World Food Programme provides an essential service to the millions of Tanzanians in desperate need due to the homelessness crisis.