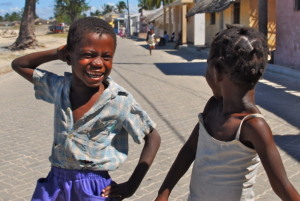 Decades of international relief efforts and humanitarian aid helped result in a mine-free Mozambique. The country had been “mine-contaminated” for decades as a result of years of fighting and civil war. The civil war resulted in land mines covering most of the land thereby creating hazardous conditions and impeding a normal quality of life for the country’s citizens. Mozambique declared independence from France in 1975, yet greatly struggled to strengthen and solidify its government and economy partially due to the vast amount of remaining inactivated mines posing threats across the country. Poverty rates in the newly independent country skyrocketed as one result of this.

Mozambique’s civil war, which occurred from 1977 to 1992, was a lengthy and violent conflict resulting in 1 million deaths. In addition to the deaths, both sides left large amounts of land mines around the country. Mines in Mozambique threatened many aspects of daily life in the country such as being able to go to work or school or even retrieving clean water. Mines severely affected farmers in particular, as they were unable to work their land without fear which threatened their source of income.

Significant economic growth began once the civil war ended. Poverty rates began to fall while the population started to grow. Though the population is growing fast and a large percentage of the country continues to live in poverty, that percentage has fallen over the past few decades from more than 70% in 1996-97 to 60% in 2019.

In 2008, 69.7% of the country lived at the international poverty line, yet by 2014 that figure fell to approximately 61.4% indicating significant progress.

In 2014, Mozambique was declared mine-free after at least three decades of international cooperation efforts. A mine-free Mozambique happened largely thanks to organizations such as the Canadian Association for Mine and Explosive Ordinance Security (CAMEO) and the Swiss government’s cooperation program.

The main goal of these programs were to pursue mine-clearing efforts in a humanitarian manner. Many of the people in the organizations and international groups were former members of the military or trained similarly, so they had the right equipment to deal with the land mines that remained in Mozambique after the civil war.

Mozambique also receives help from various NGOs including the Mine Action Coordinator for Handicap International (HI) which also seeks to demine the country. HI is part of the U.N.’s Development Program, which, unfortunately, is constantly overstretched around the world. However, although the operation was working “below capacity,” Mozambique still managed to successfully demine in 2014, according to The New Humanitarian (TNH).

Though there were significant obstacles on the path to being mine-free such as organizations redirecting aid elsewhere and government corruption, a mine-free Mozambique looked possible in the early 2010s. With the help of various governments, international organizations and NGOs, the country is now an exemplar in the region of what demining efforts can achieve.

Looking forward, those tracking the country’s progress are hopeful that Mozambique can continue to slash its poverty rate. The COVID-19 pandemic has halted poverty relief efforts, but the country is hopeful that it can return to its pre-pandemic downward trend. A significant focus will be on creating equity between rural and urban areas as well as ensuring a debt-free and uncorrupt government.