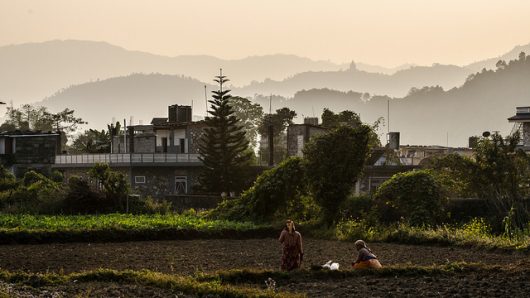 Women in Nepal own land and pursue new occupations. A small village in Nepal, Mankhu, has a unique program for women’s empowerment — Her Farm — where women are in a position to pursue their dreams, learn how to drive a motorbike, learn English, work in radio, study film and photography and so much more.

Even though the women in Nepal run the house, most women still depend on male family members for financial stability. This pattern often leaves many women unable to escape abusive circumstances and limits them from pursuing their passions.

A village program with a group of 30 people, mainly women and children, focuses on allowing women to own land and pursue their dream jobs outside of just traditionally female areas of occupation like handicrafts or food production.

The people come from very different backgrounds with some from the village, some escaping from abusive relationships and some coming from mental-health facilities or broken homes.

Women who do not have an occupation often have no choice but to stay in an abusive relationship.

The government of Nepal recognizes this problem has offered significant tax cuts if land is registered in a woman’s name, but little progress has resulted. Her Farm is responding to this issue by offering a safe place for women.

The country ranks 115th in the Gender Inequality Index by the United Nations Development Program, and child marriage also remains a problem. Her Farm provides education so all the children in the village can go to school every day.

A joint program by U.N. Women and partners in Nepal has also improved women farmers’ agricultural production and income, as well as changed many of the gender-discriminatory attitudes of their male counterparts.

An irrigation system was built to bring fresh water closer to homes and water the crops through support from the Rural Women’s Economic Empowerment Joint Program and was implemented by U.N. Women, the Food and Agriculture Organization, the International Fund for Agricultural Development and the World Food Programme. Such developments are funded by a consortium of donors that focus on economic empowerment.

Rural women in Nepal lack recognition for their roles, making up a large proportion of the agricultural labor force and sustaining nearly 80 percent of the population.

Women farmers face discrimination with unequal pay and lack of access to resources and markets. Fortunately, though, the narrative is changing as women’s agricultural production improves and the program increases their income, food security and independence.

As women in Nepal take up leadership positions, their children can follow their footsteps and have women to look up to as they change the climate for women in Nepal.