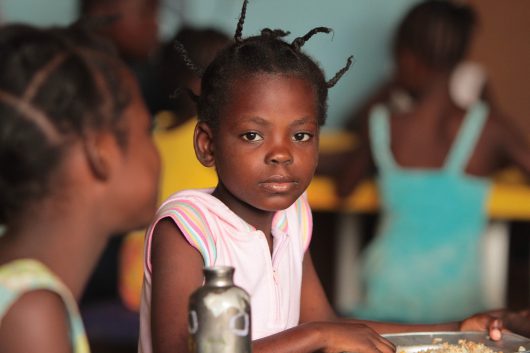 Following the massive earthquake that shook Haiti in 2010, killing at least 200,000 people and displacing 1.5 million others, the United States contributed $5.1 billion toward relief, recovery and reconstruction. Temporary visas were also granted so that some Haitians could seek better opportunities in the United States. White House officials announced on January 17, 2018, that Haitians would no longer be eligible for U.S. visas given to low-skilled workers. The U.S. benefits from foreign aid to Haiti, including this program, as it helps foster goodwill and acknowledges that the U.S. has taken much from Haiti in the past.

Haiti gained independence from France on January 1, 1804, and became the second oldest independent nation in the Western hemisphere. Before that, Haitians helped America win the Revolutionary War. In 1914, the United States under Woodrow Wilson invaded Port-au-Prince, raided the nation’s reserve and occupied the country. Haiti was ruled by the United States until 1934. Haiti still feels the consequences of imperialism and the U.S.-supported dictatorship that lasted from 1957 until 1986.

Today, the United States and Haiti are trade partners. The U.S. benefits from foreign aid to Haiti because helping the Haitian economy allows for increased trade. Many of the clothes sold at Walmart, JCPenney, Gap, Old Navy and other well-known stores are manufactured in Haiti. The country’s garment manufacturing industry has been stable for decades and is currently employing 60,000 people, according to the Association of Industries of Haiti. The apparel sector makes up at least 90 percent of Haiti’s total exports.

There is clear economic evidence that migrant workers fill important gaps in the U.S. labor market. A 2013 study showed that at the height of the Great Recession in North Carolina, unemployment reached 12 percent. Among half a million unemployed workers in the state, only 250 applied for the 6,500 open agricultural jobs. Haitian immigrants help fill the agricultural labor gap and add value to the U.S. economy.

The U.S. benefits from foreign aid to Haiti and the workers that travel to America on temporary visas. By disallowing visas to Haitian immigrants, the United Staes is cutting off an economically beneficial opportunity for both itself and the Haitian people. The special visas gave Haitians a rare chance to work legally in the United States, contribute to the U.S. economy and help fund the recovery of Haiti after the earthquake.

The United States’ humanitarian assistance to Haiti following the 2010 earthquake fostered goodwill and was a meaningful gesture that helped make amends for the many years of imperialistic rule. When Haiti is productive, safe and firmly rooted in democracy, both Haitians and Americans benefit. U.S. policy focused on aid to Haiti can foster the institutions and infrastructure necessary to achieve meaningful poverty reduction through sustainable development.