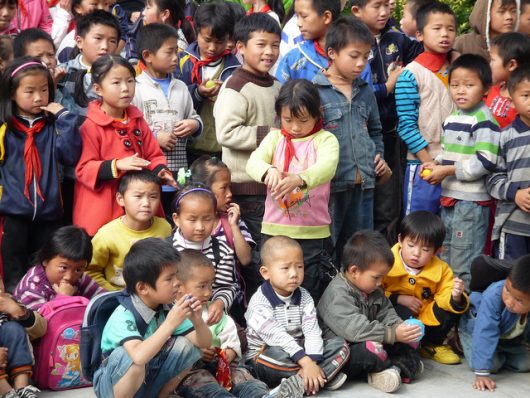 China, the world’s most populous nation, has made great strides and significant progress towards improving girls’ education. Since Deng Xiaoping’s societal reform and opening up, the country has not only made great economic improvements but has ensured growth and development in its education system. Although the country continues to take steps to improve girls’ education, there are still challenges that need to be further addressed.

In 1986, the “Compulsory Education Law of the People’s Republic of China” Law took effect. This law required that all citizens obtain at least nine years of education, funded by the government. Before this, the greater value of males in society gave boys priority over girls to the right to an education. According to the journal Gender Inequality in Education in China, “Thanks to the compulsory education system and gender equity promotion, the gender gap in educational attainment has been greatly eliminated in the past decades.”

As mentioned before, there are still many challenges in terms of girls’ education in China, including:

A further challenge is the population of left-behind girls in China, a population of girls whose parents have moved from their village to the city to find better-paying jobs. Often times, parents are more inclined to take their sons to the city and leave their daughters behind. According to China Daily, 96.1 percent of girls in rural areas attend school from ages six to 11. However, only 79.3 percent have access to high school education. Additionally, these left-behind girls are often put in a position where they have to drop out of school and find work to provide for their aging grandparents.

Nevertheless, the country’s government and international NGOs are working to improve such challenges to girls’ education in China. For instance, the State Council publicized its National Program for Women’s Development that worked towards development dealing with China’s women, making women’s education one of the six areas of priority.

In 2006, China’s new five-year plan incorporated more investments in education. In the same year, the state revised its compulsory education law that takes steps to improve rural students’ quality of education by “abolish[ing] tuition and miscellaneous fees for all rural students and guarantees free textbooks and subsidies for room and board.” Meanwhile, UNICEF has proceeded with its efforts in western China to improve the quality of education in poor areas, focusing on gender equality.

Furthermore, China has made significant progress in girls’ education in China in the last three decades. Female enrollment in higher education is on the rise. In 2012, female college students made up 51.4 percent of the total university student population. Women are beginning to take on more roles in science and technology. More and more programs are beginning to subsidize girls’ college tuitions. Although numerous programs have been put in place to further girls’ education in China, it is important to continue this work to improve gender equality awareness throughout the country.