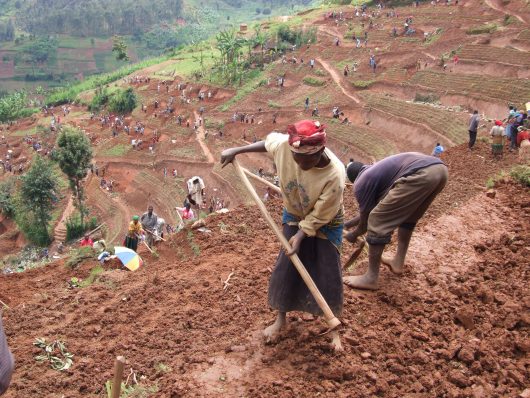 Small, landlocked and with a densely packed population of approximately 11.9 million people, Rwanda has become one of the fastest growing economies in Central Africa. Since the 1994 genocide that left 800,000 dead, Rwanda has seen over two decades of uninterrupted economic growth and social progress.

However, even with these great strides, more than 60 percent of the population continues to live on less than $1.25 a day. The government has guarded its political stability since the genocide and has prioritized long-term developmental goals to assure that its economy continues to grow and poverty falls. Here are 10 important facts about poverty in Rwanda.

10 Facts About Poverty in Rwanda

These facts about poverty in Rwanda demonstrate the current programs and priorities. With a strong focus on homegrown policies and governmental initiatives like Vision 2020 and EDPRS 2, Rwanda has contributed to significant improvements in access to services and human development. The country’s Growth Domestic Product (GDP) grew eight percent each year from 2001 to 2014 and continues to see improvements in life expectancy, primary school enrollment, literacy and healthcare spending.

However, economic growth has been slowing down recently and remained subdued in 2017. Although the country still has some ways to go, these 10 facts about poverty in Rwanda are meant to show a glimpse into the remarkable growth the country has seen already.