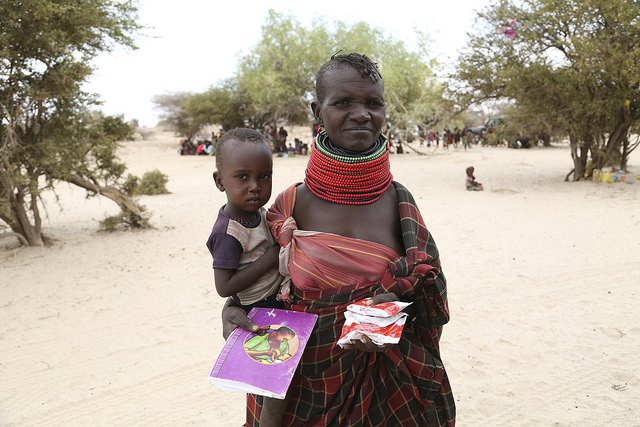 Government-funded aid and development programs do not benefit from the free market pressures generating growth and improved efficiency in the private sector. However, since the emergence of the international aid system following World War II, many countries’ philanthropic expenditures have become more transparent, sustainable and effective. This upward trend continues to this day; foreign aid is getting better, thanks to several improvements in their methods and philosophies.

The first step in solving a problem is identifying it. This cliche is rarely more relevant than in the world of foreign aid, where economists and data scientists have spent years trying to measure, model and tailor solutions to the world’s most intractable problems. Good data are essential for development initiatives to establish baselines, set goals and targets, track progress and evaluate results.

Since the Marrakech Action Plan for Statistics was agreed to in 2004, more than 86 percent of International Development Association countries have completed or begun developing national strategies for gathering statistics. To carry this progress forward, organizations like the World Bank and the Committee on Data of the International Council for Science offer training on data practices to members of developing countries.

The science continues to improve. In 2014, Jesse Berns, a veteran of war and disaster zones, developed the Dharma Platform, an innovative new software designed for the rapid collection, sharing, and analysis of data in chaotic situations. Already adopted by Doctors Without Borders in 22 countries, Dharma is one example of how foreign aid is getting better.

The Dharma platform, made possible by the ubiquity of mobile phones, dovetails with another accelerator of foreign aid efficacy, technology. Recognizing the need to harness new technologies in order to meet the 2030 Sustainable Development Goals, in 2014, USAID established the U.S. Global Development Lab (USGDL) “to produce breakthrough development innovations by sourcing, testing and scaling proven solutions to reach hundreds of millions of people.” USGDL is comprised of scientists and experts from a range of private-sector partners and works with labs in universities across the country. Leadership has set ambitious goals, hoping to provide digitized agricultural data by mobile phone to 42 million small farmers in Africa within five years and standalone energy solutions to 40 million people.

While most of the impact of technological innovation occurs outside of the context of development assistance, the USGDL illustrates an essential way that foreign aid is getting better, by harnessing technology as an indispensable development tool. Since 2012, the program has expanded internet access to approximately 20 million new mobile and internet users around the globe, and directly supported USAID health and education programs by connecting 56 schools and 39 hospitals to the web.

Foreign Aid Is Getting Better by Shifting Its Approach

While improving the material lives of recipients is an essential goal of foreign aid, material donations have a limited to negative impact when they are misaligned with a country’s development needs. The Organization for Economic Co-operation and Development‘s Working Party on Aid Effectiveness recognized at the beginning of the 21st century that “promoting widespread and sustainable development was not only about amounts of aid given, but also about how aid was given.” Learning from the lessons of decades of misalignment and waste, foreign aid organizations are shifting away from dollars-and-cents inputs to an emphasis on self-sufficiency and building donor-recipient coordination.

Foreign aid is a young enterprise. Most of the organizations that come to mind with respect to foreign aid did not exist until the second half of the 20th century. While much progress has been made in improving foreign aid initiatives, from improving accountability to investing in sustainable, bottom-up solutions, foreign aid is getting better. Providing effective assistance to those in need is undeniably difficult, but it is getting easier.