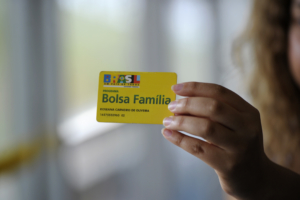 Brazil is the largest country in South America. It also has the largest economy, which has been a key contributor to agriculture and business all over Latin America. Even with improvements in income distribution, poverty remains widespread, as income inequality remains an unsolved issue at the root of rural poverty. Thirty-five percent of the population lives on less than $2 per day, which is a reason for the food insecurity in Brazil. Additionally, 19 percent of Brazil’s population lives in rural areas, which means that Brazil has 18 million poor rural people. Meanwhile, the country’s northeast region has the single largest concentration of rural poverty in Latin America. In this region alone, 58 percent of the total population and 67 percent of the rural population live in poverty.

Food insecurity is an important subtopic coinciding with global poverty. When someone is food insecure, it means that they lack access to enough safe and nutritious food to give them the growth and development necessary to be active and in good health. Food insecurity might include a lack of resources or availability altogether.

The Food and Agriculture Organization has implemented the Food Insecurity Experience Scale (FIES) which explains the differences between the following categories:

Brazil, which is the largest country in South America, has been able to combat food insecurity, along with poverty, through government spending on social welfare programs. For instance, one way that poverty and food insecurities have decreased around Brazil is through Fome Zero or Zero Hunger. It launched in 2003 under President Lul da Silva and has been successful in leading the nation out of poverty and improving its food security conditions. Fome Zero has been able to provide meals that have nutritious value and can support the poor’s overall health in order to combat food insecurity in Brazil.

From the standpoint of public policy, the program has also implemented other ways of protection for those under the poverty line. These include providing not only meals and overall health improvement but also education reform, food production, health services, water, sanitation services and the prevention of growth stunting in children under the age of 5. Stunting has resulted in malnutrition, impaired cognitive ability and declining school performance later on in their lives. With Fome Zero as a premiere social-welfare program, stunting has also declined by almost 20 percent in the last quarter-century. From 1996 to 2007, stunting reduced by half from 14 percent to 7 percent.

These improvements happened because of optimal breastfeeding practices, ensuring a child’s healthy growth and development. Initiating breastfeeding for six months provides protection against gastrointestinal infections, which can lead to severe nutrient depletion, causing the process of stunting to begin. Setting a daily diet and schedule for children, as well as diversity in diet, has improved their health and overall growth.

Stunting results from a household, environmental, socioeconomic and cultural standpoint that requires that interventions for better nutrition integrate in conjunction with nutrition-sensitive interventions. One example is that one can prevent infections by hand-washing with soap, the success of which depends on behavior change to adopt the practice, the availability of safe water and sanitation needs and the affordability of personal hygiene products. Available high-quality foods and affordability of nutrient-rich foods will affect a family’s ability to provide healthier foods to prevent stunting.

Another program that da Silva started in 2003 is Bolsa Familia, or Family Allowance, which has helped decrease poverty and food insecurity in Brazil. The conditional cash transfer program supplies low-income families with a minimum level of income. However, there are two stipulations that go with the deal: their children must attend school daily and they must schedule doctor’s appointments in order to receive aid from the government. More than 20 percent of Brazil’s global domestic program went towards education, health care and protection for all low-income families. From 2003 to 2013, the extreme poverty line population has decreased from 9.7 percent to 4.3, with Bolsa Familia reaching 14 million households, equaling 50 million people. As such, many consider the program to be the most successful in the world.

More than 50 million people receive payments from the program. This depends on family earnings that range from $14 to $140, whether people work part-time or full-time, as well as the number of dependents. As the largest conditional cash transfer in the world, Bolsa Familia reaches more than a quarter of the nation’s population and has lifted more than half out of poverty.

BF has also started a trend globally that has expanded conditional cash transfer programs, alongside Latin America, where over 40 countries have adopted this model to aid those on the poverty line and who are food insecure. Brazil’s next step to put a halt to poverty included the Brazil Learning Initiative for a World without Poverty (WWP), launched in partnership with the Ministry of Social Development, Ipea and UNDP’s International Policy Center in 2013. The Initiative helped support continuous innovation.

The endgame of these program developments is to sustain, if not overachieve, in providing aid to families in Brazil. The levels of success and vast improvements of these programs have helped the country come close to eradicating food insecurity in Brazil, as well as poverty.