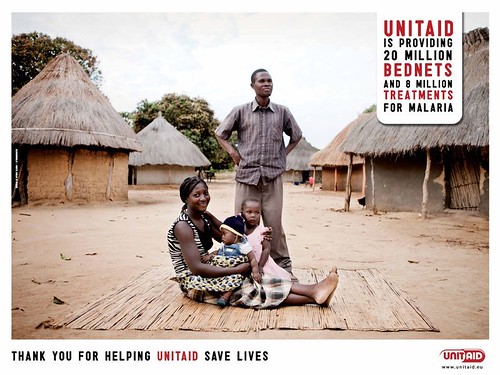 Finding ways to fund global health programs can be tricky. Private sources of funding are difficult to secure, and raising taxes or increasing national budgets is sometimes politically untenable. That’s why UNITAID, a broadly supported organization that emphasizes innovative financing, is starting to gain some traction.

In early 2005, several countries including France, Germany, Brazil, Chile and Spain commissioned studies to develop efficient ways to fund the global health benchmarks set forth in the Millennium Development Goals. In September of that year, during a U.N. conference on that same topic in France, then-president Jacques Chirac declared a levy on French airline ticket sales that would finance a drug-purchasing program.

The aforementioned airline ticket levy was the earliest example of such a tax. The levy is designed to be a robust, stable public funding source that doesn’t affect business. And indeed, the levy has been a great success in France. The modest €1 per ticket levy manages to raise about €160 million in revenue per year and did not experience much fluctuation after the global financial crisis in 2008. And a report by the French National Assembly in 2011 found that the levy had “no negative effect on traffic or on air sector jobs.”

Not all of the 29 states who support UNITAID have implemented an airline ticket levy (thus far only Chile, Madagascar, Mauritius, Niger and South Korea have implemented these measures). However, other measures have been proposed or implemented which achieve the same effect. For example, Norway sets aside a portion of its taxes on carbon to UNITAID.

Another innovation developed by France in 2012 is the financial transaction tax, or FTT. The FTT is a negligible fee attached to any sale of a financial instrument such as a bond or stock. The tax is designed to have no effect on the volume of financial exchanges, yet is capable of raising huge amounts of revenue in countries who sustain many financial transactions. In fact, the idea of an FTT is not a new one; famous 20th century economist John Maynard Keynes was a proponent of implementing FTTs to discourage financial speculation. Many countries already have FTTs for this reason. UNITAID simply proposes that revenue from FTTs be applied towards financing global health initiatives.

In September 2014, UNITAID developed another financing method: the taxation of extractive resources such as oil. The Republic of Congo agreed to a tax on oil, and UNITAID hopes that other African nations will follow suit. The revenue from these taxes will be set aside to reduce malnutrition, which is a leading cause of death among children.

While finding innovative sources of funding is UNITAID’s primary role, the organization also seeks market solutions towards the more effective distribution of medicines for tuberculosis, HIV/AIDS and malaria. They accomplish this by channeling funds towards identifying and promoting improved health commodities, expanding the market potential for low-profit medicines and making their distribution more efficient and inexpensive. The idea is that medicines and medical tests need to be less expensive and easier to distribute so they can reach a greater number of people.

There are no silver bullets when it comes to financing global health. Funding needs to come from a variety of consistent sources, and it needs to be dispersed efficiently. National spending on foreign aid continues to have the greatest funding potential; the $2.5 billion raised by the airline ticket levy in 8 years just doesn’t measure up to the $30 billion that the United States spends on foreign aid every year. Even so, every bit of funding matters, and to solve global health issues, it’s going to require every innovative solution available.