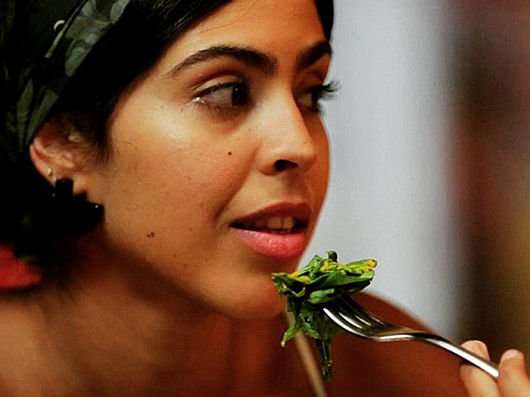 Brazil is the largest country in Latin America and has been on the rise for many years. Along with a rise in overall GDP and standard of living, experts have found a rise in obesity levels. This trend has come to be associated with countries that are rapidly developing as snack foods have become a symbol of wealth and locally grown produce is seen as cheap and unrefined. Bela Gil, daughter of one of Brazil’s most famous singers, Gilbert Gil, recently posted a photo of her daughters’ lunchbox, and this created an uproar.

The young girls’ lunchbox contained fresh food, yams, bananas and more, all locally grown and in proper portion size, her daughter was being fed well and with Brazil recently being named the nation with the best health reforms, it would usually be something worthy of praise. Instead, the internet reprimanded Gil, saying that she was not feeding her daughter enough and making jokes about how little food there was and how unrefined it was. The truth is that was a great meal because it was so unrefined, in the processed sense of the word.

This healthy farm to table style of eating has only recently gained popularity, and with more and more celebrities jumping on board to endorse healthy eating, it is a wonder it has not been more popular. By posting pictures of her daughters’ healthy meal and various other meals, Gil is using her position of influence to proposition the public to really watch what they are eating. While fast food and highly processed snacks with name brands may be a sign of wealth they are also the cause of Brazil‘s increased obesity rate which has nearly doubled in the past decade.

While we often associate poverty with a complete lack of food, we must also begin to connect it to an abundance of unhealthy food. Overall health can be an indicator of a country’s poverty levels and Brazil’s is on the steep decline. In order to remedy this, individuals of influence must begin to associate wealth with healthy eating and good health habits. By posting pictures of this and promoting healthy portion size and control we are promoting healthy living, saying that class can be found in the food choices we make. Essentially, in order to take away the stigma of wealth and junk food we must reassociate it to wealth and health food.

While many other celebrities are joining this bandwagon, some coming under similar scrutiny for their choices, it may take some time for this new idea of healthy living to really take hold in nations that are just reaching the peak of their development, such as Brazil. These healthy meals are grown in the farms of Brazil, supporting local business and people in the neighborhood, and these choices will not only make for a better person, but a better community as a whole.