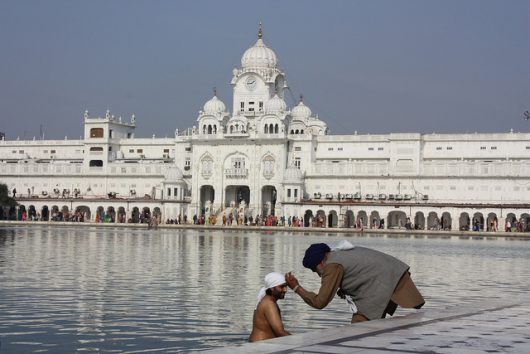 The Lives and Livelihoods Fund board of the Islamic Development Bank has approved $242.6 million to finance several development projects. These projects were created to improve areas of health, agriculture and rural infrastructure in countries including Tajikistan, Sudan, Djibouti, Niger, Mauritania, Cameroon, Uganda and Guinea.

These projects strive to create healthier living standards for struggling communities, hoping to generate a lasting impact in the fight against disease and poverty in Muslim countries.

The Islamic Development Bank provides economic and social development to member countries through financial assistance and participating in equity capital and grant loans for development projects and enterprises.

Bandar Hajjar, president of the Islamic Development Bank, states that the fund’s goal is to assist in developing sustainable living conditions and more productive lives in the poorest communities throughout the Muslim world.

Over the next five years, the Lives and Livelihoods Fund will strive to help millions of people in 30 of the poorest Muslim countries lead healthy and productive lives. To do so, the Islamic Development Bank will provide $2.5 billion to develop several expansion projects. This fund is currently the largest multilateral development initiative in the Middle East and North Africa for poverty alleviation in the partnering nations of the Organization of Islamic Cooperation.

Hassan Al-Damluji, head of Middle East Relations at the Bill & Melinda Gates Foundation, states that out of the one billion people in the world that are facing extreme poverty, 400 million of them are living in the Islamic Development Bank’s member countries.

Although established in late 2016, the Lives and Livelihoods Fund has seen promising results, with $363 million already being allocated for the fund’s first operational year. In partnering with other donor organizations and regional governments, the fund strives to make a lasting impact and save millions of lives by addressing the issues of disease and poverty in Muslim countries.

10 Questions About Desertification AnsweredPoverty in Malaysia: A Quick Look at Progress Approaches
Scroll to top