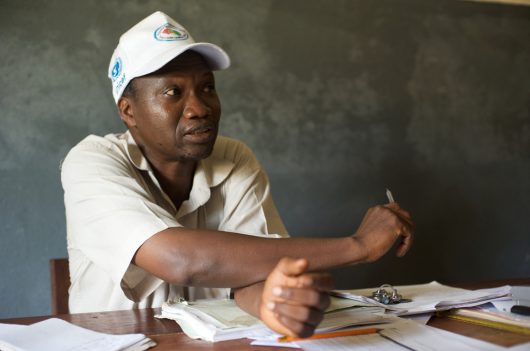 More than half of Guinea’s population lives below the poverty line despite the country’s great mineral wealth. Guinea ranks 178th out of 187 countries on the Human Development Index. Poverty in Guinea is an immense problem, as 40% of children below the age of five are chronically malnourished.

Foreign investments have unfortunately been dropping due to political, social and governmental crises, including emerging tensions with refugee populations coming from Sierra Leone, Liberia and Côte d’Ivoire.

There are around 25 foreign international mining companies that currently run operations in Guinea, as well as four domestic mining companies. Guinea has the largest export of bauxite in the world — the primary source of aluminum — as well as possessing vast iron ore, gold and diamond reserves, but, unfortunately, this generation of wealth is lost on the population, as the country gains little compensation for its mineral riches.

Guinea has also been faced with an Ebola crisis during the global outbreak between 2014-2015. It is clear that it had a profound effect on various social aspects of Guinean life. Unemployment doubled in urban areas, and many families withdrew their children from school.

Today, Guinea’s Gross Domestic Product (GDP) has rebounded by 5.2% from the shock of the Ebola crisis, but, unfortunately, the growing economy has been unable to reduce poverty in Guinea, as it persists in rural areas where 67% of the population resides.

The current government of Guinea headed by President Condé, the country’s first democratically elected leader, received help from the World Bank. Jointly, they started the Micro, Small, and Medium Enterprises (MSME) Development Project. The project aims to cut poverty in Guinea by investing in transport and energy, as well as cutting back red tape on job and business creation. By increasing public transit connectivity, President Condé hopes to allow rural workers to go to work in the city. As of now, these workers are landlocked and dependent on subsistence farming for a living.

Guinea has a bright future ahead if it is able to keep its current foreign investment status. With the help of foreign investors, it will be able to continue to develop its MSME Development Project.