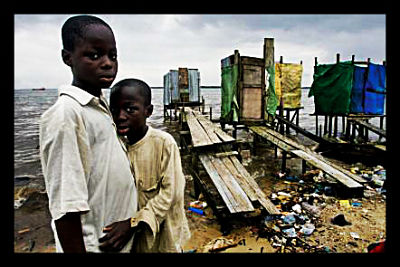 Niger is the seventh poorest country in the world. It is an example of the multitudinous effects of extreme poverty. With high political instability, high levels of gender inequality, high birth rates, high levels of malnutrition and ethnic conflict, attempts to lift Niger out of poverty have often failed because of the magnitude and multitude of problems to be faced.

The population of Niger works largely in fishing and farming. As a result, they are unusually susceptible to natural disasters and climate conditions. A 2005 drought that led to a massive food shortage had devastating effects on the people and the economy, with the IMF forgiving 100% of the nation’s debt, roughly $86 million USD. In 2010, famine wiped out many people and the country reported the outbreak of multiple diseases, with deaths due to diarrhea, starvation, gastroenteritis, malnutrition and respiratory diseases.

Education levels in Niger are among the lowest in the world, with many children unenrolled and children often forced to work instead of study. Nomadic children often do not have access to schools.

The high birth-rates in Niger are a problem, as they contribute to an expanding population whose families cannot support them. This is partly as a result of the belief that the greater the number of children one family has, the greater the chance that a family will be lifted out of poverty when one finds success.