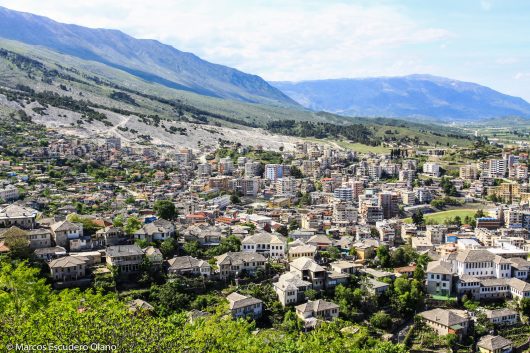 Albania is one of the poorest of the European nations. Recently, the Albanian Government has been making strides towards economic growth, but it has only now come to realize the importance of empowering and supporting women in the country. The government is empowering women in Albania by taking a stance against violence towards women, encouraging girls’ education and increasing access for women in the workforce.

The National Strategy for Gender Equality campaign was launched in 2016 to help the Albania Government implement a policy to help women achieve real equality. As it stands now, most of the women are working in agriculture on family farms, often without pay. According to the U.N., almost 60 percent of Albanian women have direct experience with in-home violence.

A woman named Tone from a village in north Albania shared her story of endurance after being in a 10-year arranged marriage full of abuse. Her family had suggested she stay with her husband in spite of the abuse because there were no support systems available for Tone and her children if they left their abusive home. When she finally had had enough, she reported the violence and, to her surprise, the police were timely, responsive and positive. They referred her to the National Centre for the Treatment and Rehabilitation of the Victims of Domestic Abuse The Centre is up and coming and is currently aiding around 100 women victims annually.

Tome’s story is just one of several stories of women’s suppression in this poverty-riddled nation. In fact, one in two women are victims of abuse in Albania. For those that have not found a helping hand and been able to escape the harsh realities of inequality, the story acts as a cycle. Children who come from uneducated mothers are less likely to complete schooling if it is even available to them in the first place. The influences of home life, such as violence, inadequate funds, illness, excessive children in the home or lack of transportation, make it hard for children to succeed in school.

Because children from these homes require more support to make it through school without the heightened risk of drop-out, UNICEF has joined forces with the Albanian Government to promote Child-Friendly Schools (CFS).  These CFCs encompass a holistic education based on the needs of children who need the most help, especially girls. The projected outcome of the CFS plan is to make education in Albania more readily available by increasing the country’s GDP budget towards education up from 3.27 percent to 5 percent. The hope is that, with education and proper emotional support, these girls will grow up better educated and better equipped to enter the workforce.

Sociologists are quickly realizing that empowering women through education is crucial for national growth in any developing country. In 2006, Albania joined the Global Partnership for Education and has since implemented strategies for equality such as gender quotas that will make girls’ education in Albania more accessible and better equipped to serve these young ladies. The program has already seen an increase in primary and secondary school completion rates.

Many girls in Albania don’t have the same access to education due to conflict or crisis, poverty or because so many young girls are married. With access to primary and secondary education that is made more available by USAID and other activists, women will be empowered and, therefore, be able to make better choices that support their individual needs and dreams.

Improving the Future for Women in Albania

Women make up half of the Earth’s population, which equates to half of the human capital. Rigid gender roles and cultural tradition have delayed the realization of equality for some women in countries like Albania, but as change happens, government officials are seeing the benefits of humanity and equality along with the need to act. Together with the Government of Sweden, U.N. Women is raising awareness of women’s rights across each of the 10 municipalities in Albania. The good news is that in 2014 there was a 51 percent increase in female participation in the labor market.

The majority of Foreign and Domestic aid for Albanian women is geared toward equality as a whole, which means progress for women and girls in Albania. Escaping violence, becoming educated and empowered and gaining access to the workforce are all necessary for achieving equality and truly empowering women in Albania.